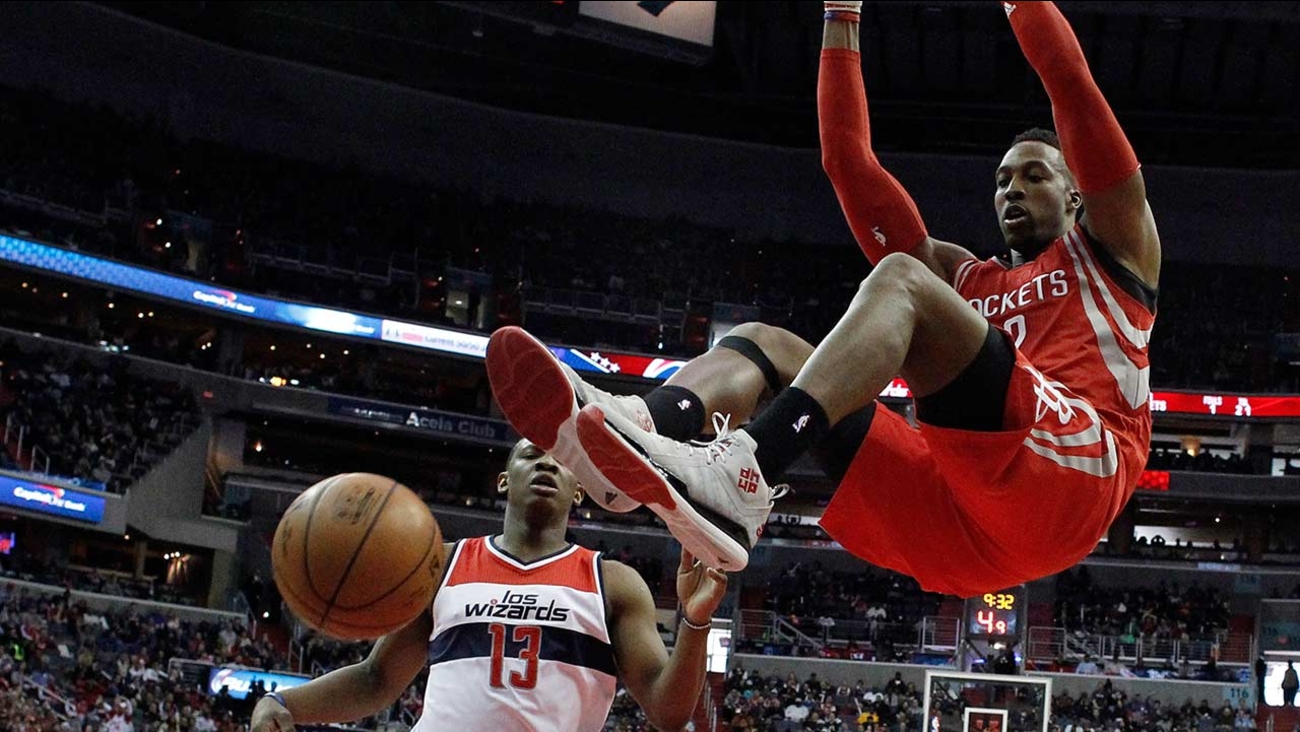 WASHINGTON -- One game after clinching a playoff berth, the Rockets delayed the Wizards' bid to secure their own spot, beating Washington 99-91 Sunday behind James Harden's 24 points.