James Harden gets in on In My Feelings challenge 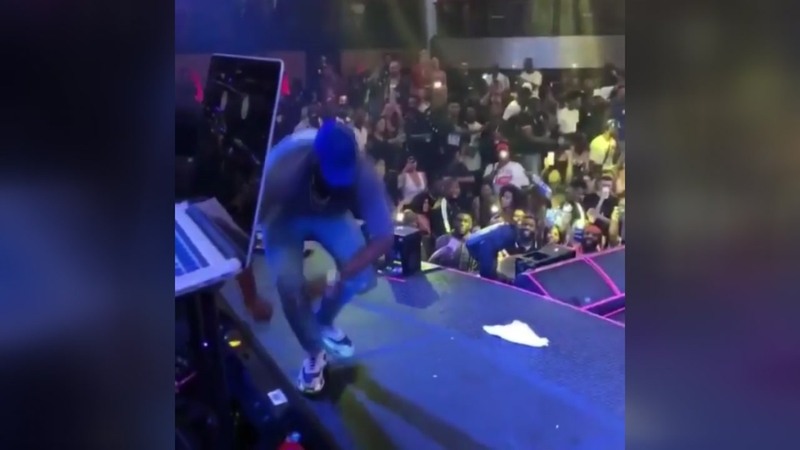 James Harden engages in In My Feelings challenge

LAS VEGAS, Nevada (KTRK) -- Drake released his new album "Scorpion" and a few songs are already standing out to the public. One of those songs is In My Feelings, which has become part of a trend on social media.

The #InMyFeelingschallenge started with someone getting out of their car and dancing to the first 20 seconds or so of the song. One of the more popular lines from the song is "Kiki, do you love me?"

Athletes such as Odell Beckham Jr., Russell Wilson and Nick Young showed off their moves on Twitter with this challenge. It was only a matter of time before 2017-18 NBA MVP James Harden released his moves.

The Rockets guard was at an event with rapper Meek Mill and had some fun with Drake's popular song. There is a reason Houston fans are all about their MVP.
Report a correction or typo
Related topics:
sportsdrakehouston rocketssports
Copyright © 2022 KTRK-TV. All Rights Reserved.
HOUSTON ROCKETS
ESPN analysis: NBA owners, mum on China relationship, have more tha...
Orlando Magic win 2022 NBA draft lottery, followed by Oklahoma City...
Houston Rockets awarded No. 3 pick in NBA draft lottery
From Sterling HS to Hall of Fame, Clyde Drexler opens up about career
TOP STORIES
Man dead after being shot during road rage incident, HCSO says
Murder suspect dead after found unresponsive in cell, sheriff says
Child hospitalized after found 'unresponsive' at Splashtown
Your chance of rain is going up this weekend
Global K-pop sensation Seventeen kicks it in Houston in new tour
Authorities search ends for man with felony warrant out for his arrest
Weather for Preakness could be hottest in history of race
Show More
'NFTs: Enter the Metaverse' | Trailer
Driver shot during attempted robbery on Gulf Freeway feeder, HPD say
Suspect in intersection takeover arrested after 55-mile chase
First formula flights from Europe to arrive this weekend
Coast Guard suspends search for Houston woman off Alaska coast
More TOP STORIES News