A 2017 Art Briles recruit, the Bears' defensive star stayed in Waco as his former coach departed.
KTRK
By Joseph Gleason 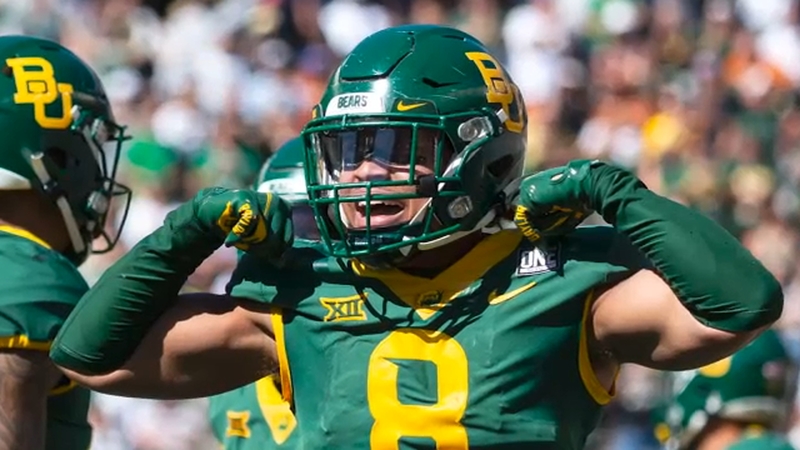 STAFFORD, Texas (KTRK) -- Editor's note: This story was published on the afternoon of April 29, hours before the Houston Texans made Jalen Pitre the 37th pick in the 2022 NFL Draft.

Jalen Pitre's journey to the NFL draft is deeply rooted in the City of Stafford.

"I've been in Stafford my whole life," Pitre said.

From the Stafford Cobras youth football team to middle and high school, Pitre is always living with Spartan Pride.

"I'm extremely proud because all the people I've met, all the people in Stafford that have poured into me, they all had an influence on me. They definitely are the reason why I'm in a position I am right now," he said.

After high school, Pitre took his talents to Baylor where he became beloved to Bears fans as the one that stuck around. "I was the only one that stayed in the 2017 recruiting class."

After Art Briles was fired for his handling of sexual assault cases, some with football players, Pitre told ABC13 sports producer Joe Gleason he wanted to prove who he is and that he stands by his word.

"I wanted to show people that I'm a loyal guy, and I'm gonna stick to my word so that's what went into that, and it ended up working out well for me," he said.

New head coach Dave Aranda eventually came in and moved Jalen around, allowing him to thrive at several different positions.

"I'm a football player so I'm not really boxed in to one position right now. I'm a defensive player so I play primarily nickel and safety, but I have played linebacker and in some formations, I was responsible to play defensive end. I take pride in being able to wear a bunch of different hats," Pitre said.

Off the field, he earned his undergraduate degree in marketing and real estate and masters in educational psychology. But high character is at his core.

Now he waits for his name to be called, never forgetting his roots.

"This is who I am. Stafford is Jalen Pitre."