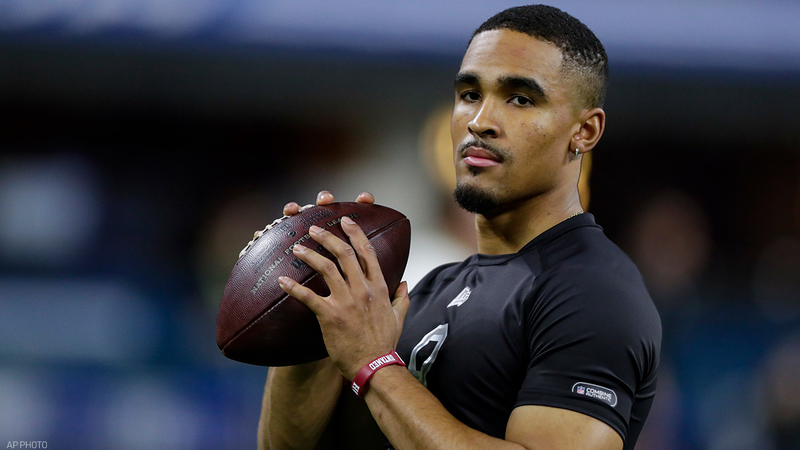 HOUSTON, Texas (KTRK) -- Jalen Hurts has won at every level, and this weekend, he will be presented with his next test.

His DNA makes him a perfect fit for the NFL franchise: he's a coach's kid, a leader and a winner. Hurts helped put Channelview on the map and has done it at every level.

ABC13's David Nuno spoke with Hurts' agent Nicole Lynn on her clients, social distancing, and what makes Hurts a star.

Averion Hurts, Sr. is Jalen's dad and a household name in the Channelview area. His journey as a coach has helped Jalen mature.

"All of those teams, all of those guys, I was always around them," said Hurts. "I saw good habits, good characteristics and I saw the bad ones as well. I think being around those guys as a young kid, it allowed me to learn right from wrong."

We don't know where Hurts will go in the draft, but the NFL is his next challenge.