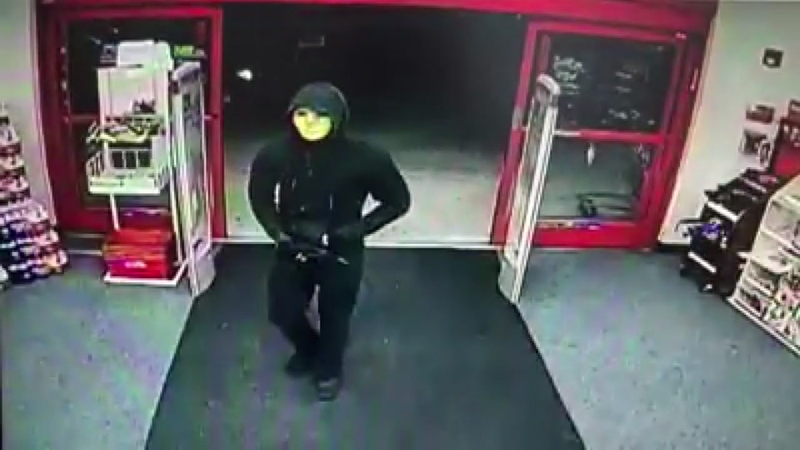 PASADENA, Texas (KTRK) -- A man was arrested in Pasadena after police there say a masked assailant robbed four pharmacies this month.

Police say 18-year-old Jakouri Jones is facing several charges, including aggravated robbery and assault, for the crimes, in which one of the holdups was caught on camera.

According to police, Jones allegedly robbed the Walgreens in the 6300 block of Fairmont at gunpoint on Jan. 4. Not an hour later, they say he held up a CVS a few miles down on the same street.

"We knew after those first two this was definitely somebody we wanted to get off the streets," said Officer Jessica Ramirez, of Pasadena police.

On Jan. 13, police got a call of a robbery at another Walgreens, where the suspect matched Jones' description. Officers were dispatched to all Walgreens and CVS locations in town. One officer saw Jones running out of a Southmore Avenue CVS. A short foot chase ensued.

Police say Jones pointed a gun at them, but he was eventually caught and arrested.

"We're very proud of our officers. This was the quick thinking of our patrol, and if it hadn't had been for them diligently looking for the suspect and not giving up, we wouldn't have apprehended him," said Ramirez.

Police are looking for a second suspect, who they say was driving a getaway car.

If you have any information, you're asked to call Pasadena Police Department.