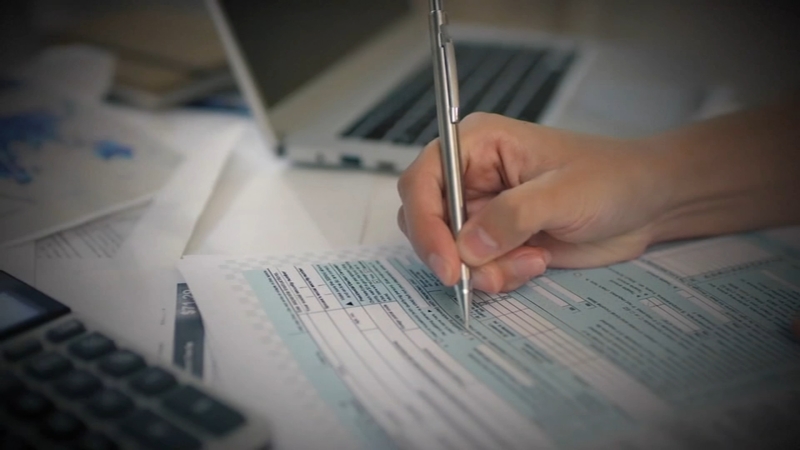 HOUSTON, Texas (KTRK) -- A new report from Transactional Records Access Clearinghouse (TRAC) at Syracuse University found that the IRS audits low-income workers at a rate five times higher than everyone else. Local experts said there are a number of reasons that may be contributing to this statistic, but believe it's mainly due to the inadequate staffing at the IRS and dishonest tax preparers.

The IRS releases reports to TRAC each month, under a court order from successful litigation under the Freedom of Information Act. Using 2021 numbers on tax returns, the organization said there's a concerning disparity in audits between low-income and high-income taxpayers. 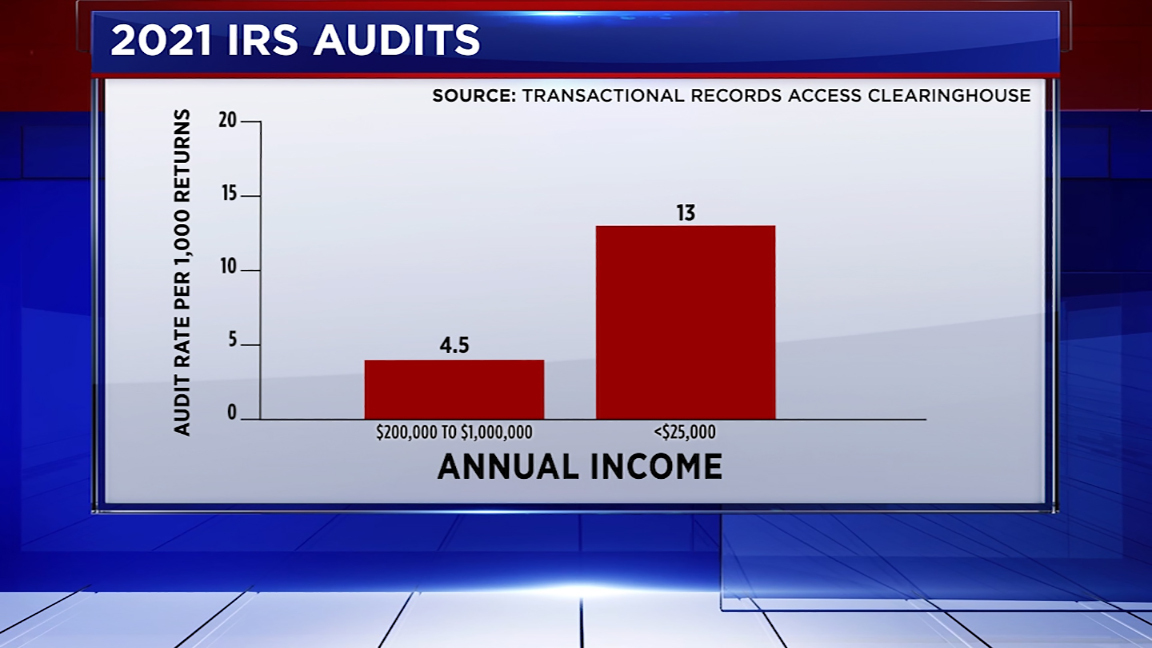 So what may be causing this gap? Mansoor Ansari, who is a Houston-based tax attorney, said one of the reasons is the shortage of employees at the IRS.

"If you thought they were bad for the last 20 years, what's happening right now is much worse. I think there's something like 40 million returns right now that have not yet been processed from last year. 40 million, OK?" said Ansari. "With Tax Day around the corner, that's how many more million returns you have coming in with the backlog

Joe Mastriano, a certified public accountant who's been practicing in Southwest Houston for 42 years, explained that it's much easier for the IRS to find errors on simple forms like 1040. It takes more eyes to comb through complicated returns and find red flags. He said not only is the IRS going through an employee shortage, but some of their workers aren't fully knowledgeable or trained.

"I've encountered some of that myself, where people I talked to, I have to train them on what they need to do to give me what I need," said Mastriano. "On one hand, you want an answer, you want the phone picked up. But on the other hand, you don't want it picked up by somebody who's going to give you false information and make your situation worse."

Getting through to a live person on the phone at the IRS can also be a challenge. In her annual report to Congress in 2021, Erin Collins, the National Taxpayer Advocate said in part, "Call volume nearly tripled and only 11% of calls reached a customer service representative."

Filing your return on your own can be an overwhelming and intimidating process, so it's not uncommon for taxpayers to find someone else to help. But Mastriano says anyone can technically be a tax preparer.

"There's no requirements. You don't even have to be a high school graduate," Mastriano said.

"A normal return would cost $400 to get prepared. But a number of tax preparers will increase the refund using all sorts of underhanded methods. Then, they take a percentage of the refund as their fees. For example, if someone gets a refund of $12,000, the tax preparation fee would be $2000," he said. "So the higher the refund amount, the more the tax preparation shop gets paid."

ABC13 asked Ansari if there are any legal actions you can take against someone who messed up on your taxes?

"The short answer is no. Because once you sign your name at the bottom of a tax return, you're basically saying that, 'Hey, I attested the truth and authenticity of this tax return.' So once you sign that return or you allow it to be e-filed, it's all on you at that point," he answered.

ABC13 tracked down a few people who were being audited by the IRS, but all declined to speak to us on the record.

"I forget how scared people are when they get an audit notice. I'm sure they don't want to come forward and say the IRS is targeting them, because they might be dealing with them for the next few years," said Mastriano.

"A lot of people feel as though the IRS is just like the police. So if you get on TV and start complaining about the police, wouldn't you be scared they would seek revenge on you in one way or another? They're concerned they could get audited again," said Ansari.

So what are some red flags you can look for and how can you prevent an audit from the IRS?

Mastriano advises to also ask the tax preparer questions about their experience and make them explain your return to you. Make sure you have documentation to back up all of the numbers they put down.

"When I get people who are audited that have gone to a tax preparation company that are not an accounting or law firm, they're staffed by people who are seasonal employees. They have other jobs. So the training and experience are very limited. People can't be making decisions based on the biggest refund they're going to get," he said.

When in doubt, Ansari says to opt for a CPA. It might be more costly, but you'll be protected in the end.

"There's something called a PTIN -- paid taxpayer ID number that goes on the stamp on every return that a tax preparer does. If their PTIN gets flagged, then the rest of those thousands of returns they did in one season will get flagged as well," he explained. And once you get audited by the IRS, you're just on their map for the rest of ever. So stay off the map with these minor deductions and you're going to do a lot better."