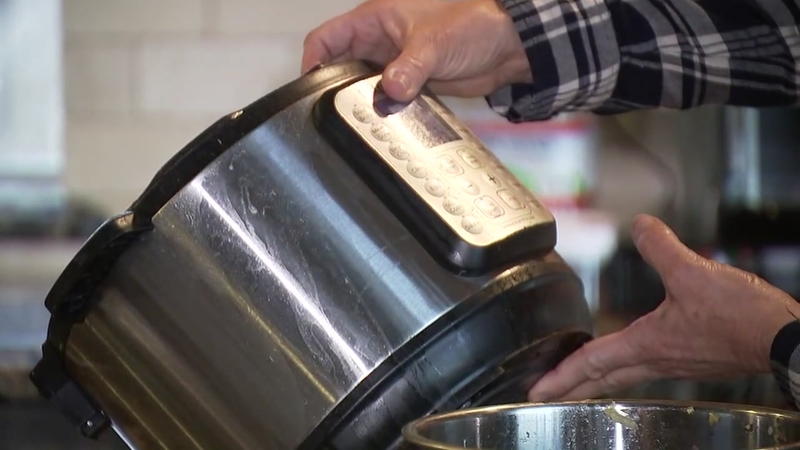 KATY, Texas (KTRK) -- Instant Pots exploded in popularity over the past year, but one Katy family says theirs also exploded in their kitchen, sending hot vegetable soup flying. Sheila Guthrie ended up burned.

The electronically controlled cookers can use pressure and heat to prepare foods, which can cut cooking time down significantly.

"I've made stews or soups before," Guthrie said.

She said she's had her Instant Pot for nearly a year, and she's loved its convenience. When the cooker releases steam, some users, like Sheila, use towels to control the moisture.

"So, I tossed a kitchen towel over the top", she said. "I like to stay close."

Guthrie said staying close turned painful. She believes she touched the towel and somehow set off a blast of hot soup.

She said the soup shot several feet from the cooker even ending up on the ceiling.

ABC13 reached out to the company which sent a statement saying:

"We are reaching out to the customer to learn more. The product complies with all applicable industry safety standards. Nothing is more important to us than the safety and quality of our products."

Guthrie said she's also trying to contact the company to find out how this happened. Until then, she'll find a different way to make dinner.