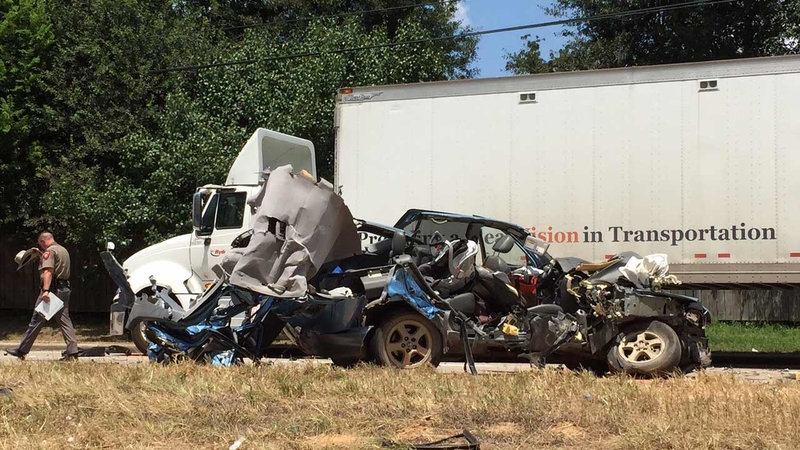 MONTGOMERY COUNTY -- An accident involving a tractor-trailer in Montgomery County claims the life of an baby, according to DPS.

The accident happened around 1pm on Highway 249 at Lazy Wood between Tomball and Pinehurst.

According to the Department of Public Safety, a Hyundai SUV crashed into the back of an 18 wheeler that was parked in the right lane of the roadway, with its blinkers on.

Nine-month-old Sawyer McIntosh was killed. His mother, who's been identified as Carter McIntosh, and 3-year-old brother, Braben, were injured in the wreck. However, they're both in stable condition at a local hospital.

Investigators say the driver of the 18-wheeler was trying to make a delivery to a business in the neighborhood next to the crash scene, and was on the phone with the business owner when the accident happened.

Detectives are still at the scene and have not said what charges will be filed against the driver of that 18-wheeler. DPS Sgt. Terry Barnhill says they will file the highest criminal charge the Montgomery County DA's Office will accept.

All northbound lanes were blocked for nearly an hour due to the investigation, causing a major back up in the area.