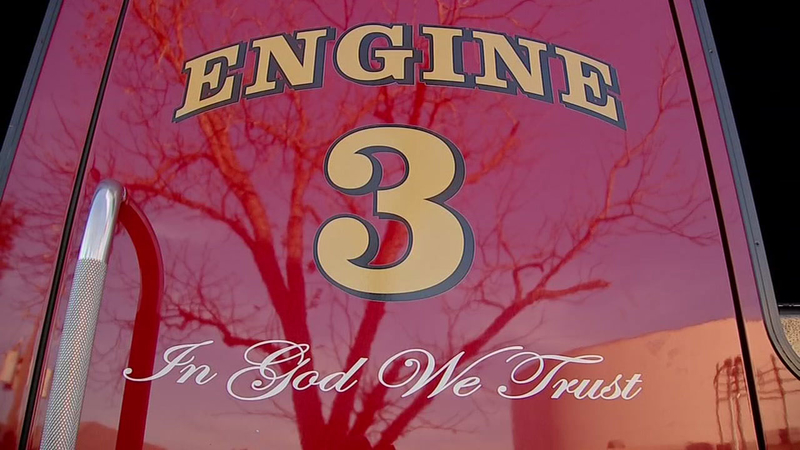 KATY, TX (KTRK) -- A sticker placed on dozens of city owned vehicles is stirring up controversy.

On Wednesday, Katy Mayor Fabol Hughes peeled back stickers that read "In God We Trust," which were placed on the entire fleet of city owned first responders vehicles.

"The way things are going in this country, this is statement we need to make," said Fabol. "Our state attorney general has ruled that it's consistent with the U.S. constitution."

Mayor Hughes said Katy, which has a conservative majority, is now the second city in the state to put the decals on city vehicles. The decals were donated by the city's decal contractor, according to Fabol.

"It's not about religion. Everyone has a God. They call him different things," said Katy Police Chief Bill Hastings.

Hastings said he's in support of the new stickers, and said to his officers, it means much more.

"They still need God to bring them home safely. They need God to comfort their families at night when they are out," said Hastings.

Yet, not everyone is on board. Few residents would speak on-camera against the measure.

Katy Resident Emily Elders, who grew up Christian, said the stickers are offensive saying not everyone believes in God. Other residents said they would have liked the mayor to get council approval or at minimum allow the issue to be discussed in a public forum.

The ACLU spoke against the stickers saying it's a violation of the separation between church and state.