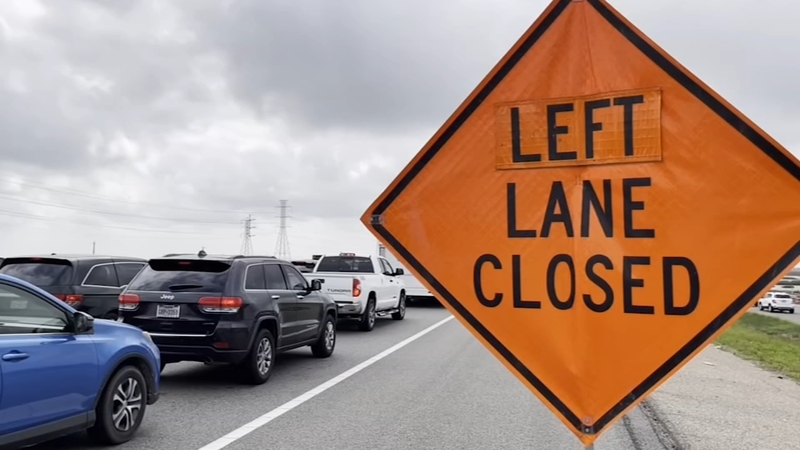 GALVESTON, Texas (KTRK) -- Drivers headed to Galveston should get some traffic relief in the coming week, as the Texas Department of Transportation announced they're reconfiguring construction in an area that saw massive delays over Mother's Day weekend.

The north and southbound lanes of I-45 right before the Galveston Causeway underwent emergency repairs last weekend, which saw both sides of traffic reduced to one lane.

Those repairs were completed on Mother's Day, but only two of the three lanes on either side were opened due to prior construction.

TxDOT says they've found a way to reconfigure those lanes, and soon all three lanes going both north and southbound will be open to commuters.

"We will continue to work to minimize the impacts on the traveling public and the communities along the I-45 corridor," said a department press release. "It is our goal to expedite all I-45 projects in Galveston County and have them completed as quickly as possible."

This particular rearrangement will be completed in the coming week, so drivers headed to Galveston this weekend will have to deal with the current traffic arrangement.

In terms of the work it will take to open those lanes, the City of Galveston says work will take place at times that minimize traffic.

"Beginning early next week, TxDOT will begin removing the existing lane alignment and returning all traffic to normal patterns," according to a press release from the city. "The work of removing the temporary barriers will be done at night or during non-peak traffic hours."

The thought of opening lanes is a welcome one to Galveston small-business owners who say the number of people in Galveston decreases with more congestion and closures.

"When lanes are closed, island traffic can suffer for it," said Britt, who owns Tippy Toes just off The Strand. "When they reopen (lanes) it's always exciting."

Ultimately, TxDOT says any construction along I-45 is being done with the community's best interests in mind.

"These projects will improve safety and mobility along the highway by reducing congestion and improving evacuation capacity of the highway during severe weather events," said TxDOT.