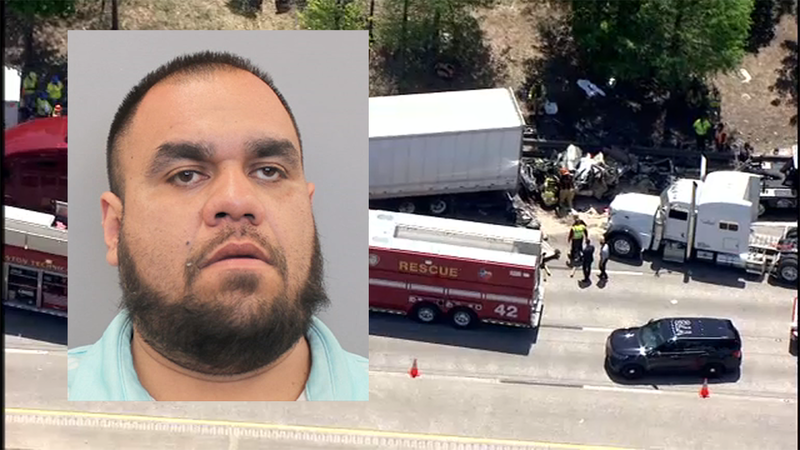 HOUSTON, Texas (KTRK) -- A truck driver charged with intoxication manslaughter with a motor vehicle after a four-vehicle crash on I-10 East Freeway went before a judge overnight.

At the scene of the crash, Pablo Isai Frias admitted to officers that he drank 12 ounces of beer the night before the crash and denied being on any medications.

Houston police said the 31-year-old was behind the wheel of a Peterbilt tractor-trailer that had slammed the back of a Chevrolet Tahoe that may have tried to get around a stopped van on the eastbound lanes of I-10 near McCarty Monday morning.

According to police, the Tahoe's driver, who was identified in Frias' charging documents as Miriam Buentello, hit a Kenworth tractor-trailer while changing lanes before Frias' truck crashed into the SUV.

The woman in the Tahoe died at the scene. No other serious injuries were reported.

Several field sobriety tests were conducted and officers said they believe Frias was under the influence of some sort of depressant.

Frias has been a truck driver for 12 years, is married and is also the sole provider for five children.

"When officers contacted suspect, he had red, glassy eyes, unsteady balance and odor of alcoholic beverage coming from his person," said the judge.

Frias' bond was set at $100,000. He must get permission before driving and cannot have drugs or alcohol.