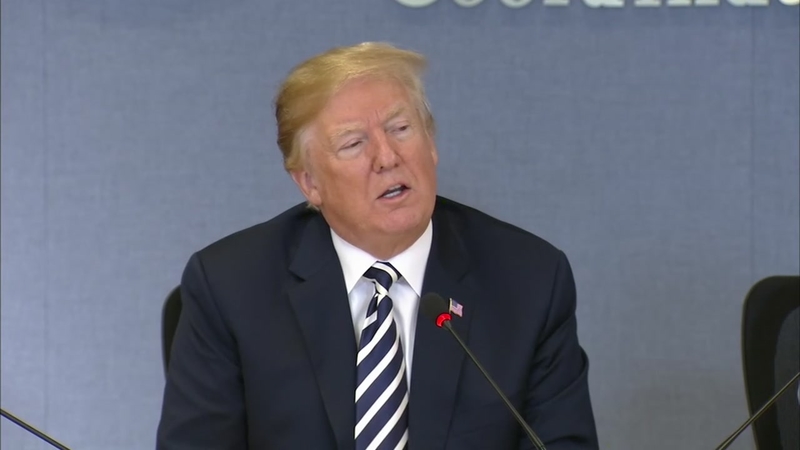 HOUSTON, Texas (KTRK) -- Several Houston area officials are pushing back after comments made by President Trump about rescues during Hurricane Harvey.

While the president was at a FEMA briefing Wednesday in Washington D.C., Trump praised the U.S. Coast Guard for their efforts during Harvey.

Jeff Lindner with the Harris County Flood Control District tweeted, "With all due respect those'storm watchers' were actually citizens helping bring their fellow neighbors to safety. Most of them would do the exact same thing again, because that is what we do and what makes us #houstonstrong."

State Representative Armando Walle shared photos of his neighborhood during the storm. He refutes the president by saying, "I'm sure glad some of those guys just 'joy riding' were there to help evacuate my kids. We waded through waist deep water to get to the small boat. Thank you to them."

Harris County Sheriff Ed Gonzalez wrote on Twitter, "The president's lack of basic understanding of the challenges we faced from Harvey is staggering. We are getting a taste of the frustration our fellow Americans in Puerto Rico must feel."

The U.S. Coast Guard tells Eyewitness News the storm was chaotic, but they were not asking people why they were in need of rescue.