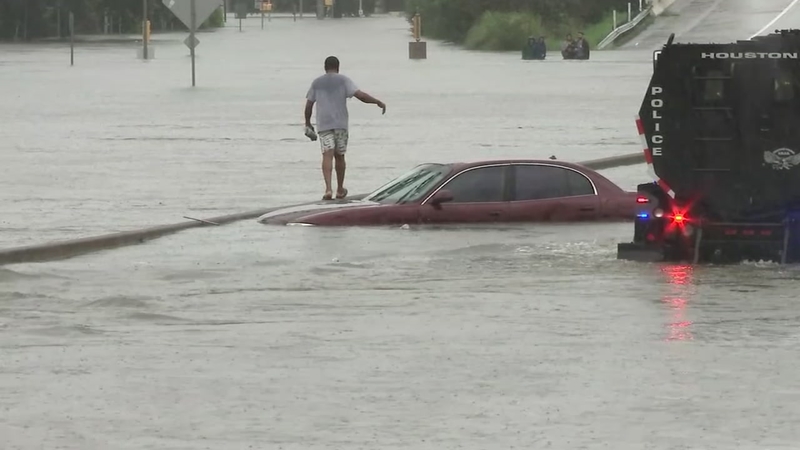 HOUSTON, Texas (KTRK) -- Hurricane Harvey's historic flooding was so heavy that it pushed the Earth down, according to a NASA scientist.

Chris Milliner, who works in the space agency's Jet Propulsion Laboratory, tweeted out a graphic of GPS data from the Nevada Geodetic Laboratory showing vertical motion in both surface soil and bedrock following Harvey's rainfall.

According to an estimate by ABC News, more than 20 trillion gallons of rain fell across the region during the historic storm.

It's commonly accepted that a gallon of water weighs 8.34 pounds, so that's nearly 170 trillion pounds of water weight bearing down on southeast Texas.

In later tweets, Milliner said it was not yet clear how the Earth would bounce back as the water drained. He added that the storm-related sinkage occurred in addition to normal annual sinkage.