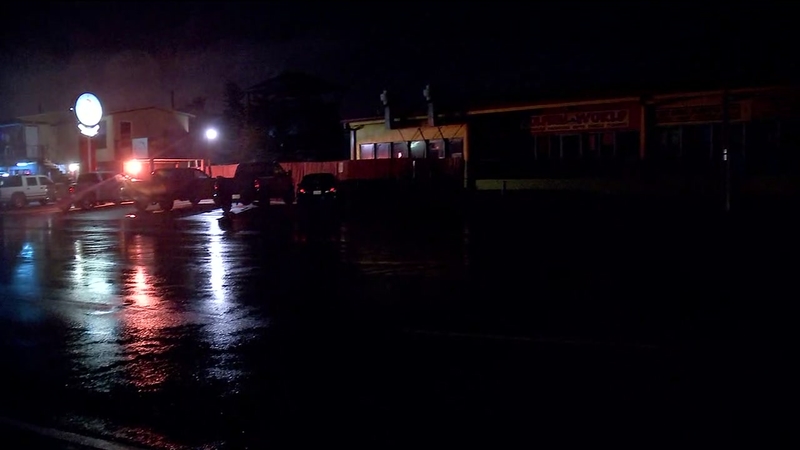 A McDonald's sign not far from Stewart Beach was damaged by severe weather, although the National Weather Service has yet to confirm if a tornado caused that damage.

There is a voluntary evacuation in place for residents who live west of the Seawall in Galveston, where Hurricane Harvey is already causing heavy rain. The Galveston Ferry has been suspended until conditions are safe to resume operations.

Several people have packed and left the area, while some are in the process of leaving knowing the West End is unprotected.

Officials said storm surge could be 8' high with possibly 20" of rain. They anticipate higher tides to begin on Saturday morning.

Mayor James D. Yarbrough noted that no mandatory evacuation order has been issued, adding that evacuation will likely become impractical by Friday afternoon. He recommended that residents hunker down, even if Harvey takes an eastward turn and heads up the coast toward Galveston.

"We know it's going to flood. We don't want to have vehicles crossing floods, creating wakes, and causing problems unnecessarily," said Yarbrough.

Emergency officials are warning those on the island not to go swimming or surfing as Harvey bears down.

Several historical sites in Galveston announced they will be closed from Friday until Sunday, including Bishop's Palace, the Tall Ship Elissa, and Pier 21 Theater.

The Galveston-Port Bolivar ferry is expected to close as early as 6 p.m. Friday. Officials do not anticipate closing the causeway.

Water from the Gulf is already pushing closer to homes on the beach.