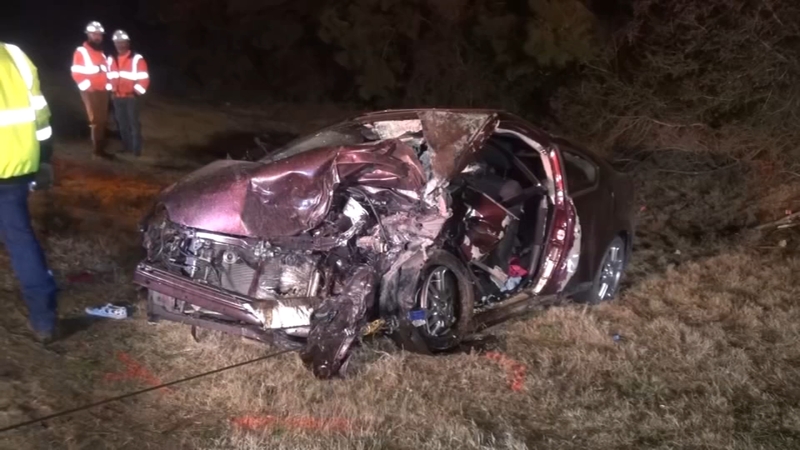 Investigators say, a 36-year-old woman was driving eastbound in a Jaguar when she hit a concrete wall sending her into the westbound lanes at a construction area between the San Jacinto River Bridge and Stonecrest Drive. The woman then, crashed head-on to a 29-year-old woman driving a Scion.

The 36-year-old was removed from her car and bystanders started CPR while waiting for first responders who continued to perform CPR until she was pronounced dead about 30 minutes later, deputies say.

The 29-year-old was found dead on the scene when authorities arrived.