Galveston's historic style you see today credited to one man 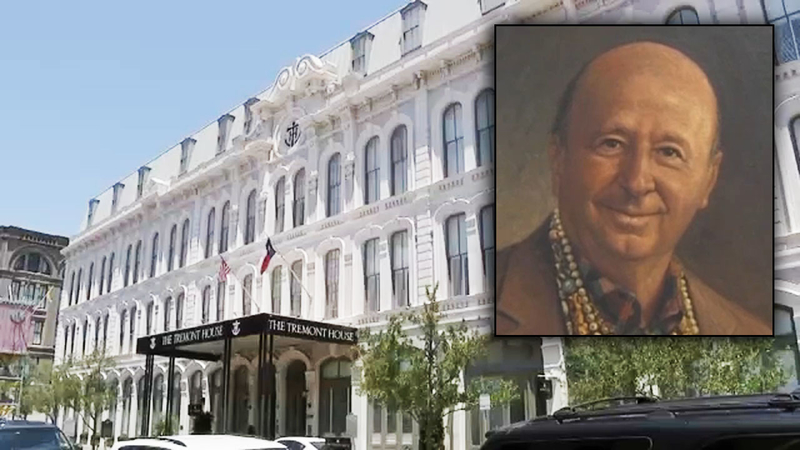 The Galveston you see today credited to one man | HTX+

GALVESTON, Texas (KTRK) -- Galveston was once considered the most important city in Texas, a rival to New Orleans, until the Great Storm of 1900 delivered a crushing blow to the island. It's still considered the deadliest natural disaster in U.S. history.

Today, the island's visitor numbers rival Houston, but not only for its cultural and historical tourism. That's a credit to Houston oil tycoon and developer George Mitchell and his wife Cynthia for that.

Nearly 50 years ago, downtown Galveston, which was home to dozens of hotels in its day, had none. Buildings that had withstood the 1900 hurricane, as well as Carla and storms in between, were abandoned, and no one was interested in buying.

"In a way, we were almost too poor to tear the buildings down," said Christine Hopkins, communications director for The Tremont and Hotel Galvez. "It's now a treasure, because of all the Victorian architecture."

The Mitchells were inspired by another southern city.

"They visited Savannah," said Keisha Heck, with Mitchell Historic Properties. "They saw the restoration of historic buildings there and they came here to do that in Galveston."

It's said that 40%, nearly half of the buildings, in downtown Galveston is owned by Mitchell Historic Properties. The Tremont, which was once a large warehouse, was the first hotel to return to downtown in 60 years.

The exteriors are preserved, while the interiors accommodate retail space, offices and apartments. The gradual transformation inspired the creation of historic districts in three nearby neighborhoods.

Galveston is considered to have one of the largest collections of Victorian and Queen Anne architecture in the country.

"You can't have a vibrant city without a vibrant downtown, which is the heart of a town. Mr. Mitchell realized that," Hopkins said.

Mitchell and his wife passed on, but they lived to see their vision become a reality, and it continues. So, when you stroll through downtown, past buildings that survived major hurricanes, and neglect, consider they are standing, and embracing a new purpose, because of a couple's vision.