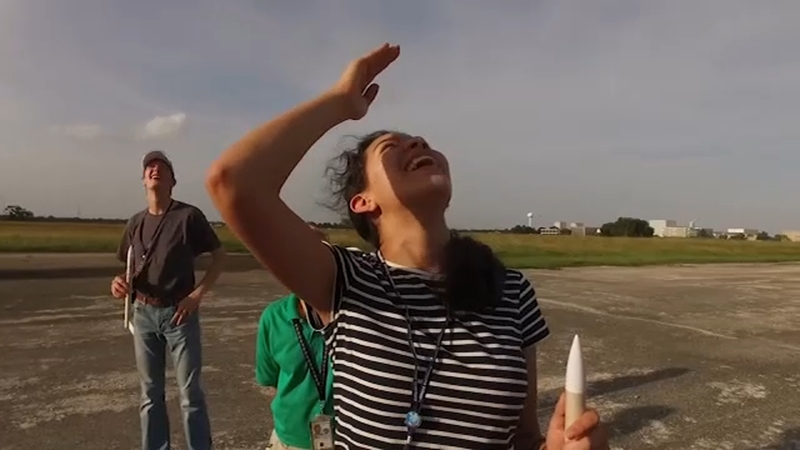 HOUSTON, Texas (KTRK) -- Instead of taking the summer off, several Texas students spent time at NASA developing ideas that could help with deep space exploration.

There was a whole lot of excitement at Johnson Space Center this week. Now that the Apollo 11 anniversary has passed, NASA is looking toward the future.

It starts with a group of high school students. The Texas High School Aerospace Scholars program, also known as HAS, offers an online course.

NASA selects the top 250 students from the program. Those picked get to spend days creating rockets, working with NASA engineers, and developing their own concepts.

Andrea Reyes' team developed a Mars base to help astronauts survive on the planet, complete with an alien flag.

"Because there might be aliens on Mars," Reyes explained.

Masood said his team eliminated the beep and static people on earth heard during the Apollo missions.

Learning all this is easy on their parents too.Thanks to NASA, the state, and the Houston Livestock Show and Rodeo, students don't have to pay a thing.

It's an investment NASA believes will pay off in the future.

"Students are conducting research that might fly on the International Space Station, and some of them may be one of the boots that steps foot on Mars," said Arturo Sanchez, deputy director of the external relations office for Johnson Space Center.

An out-of-this world week that might be hard to top when these students return to high school next month.

"We had really crazy workdays, and honestly, in the end, it was worth it," Masood said.

To learn more about the HAS program, click here.