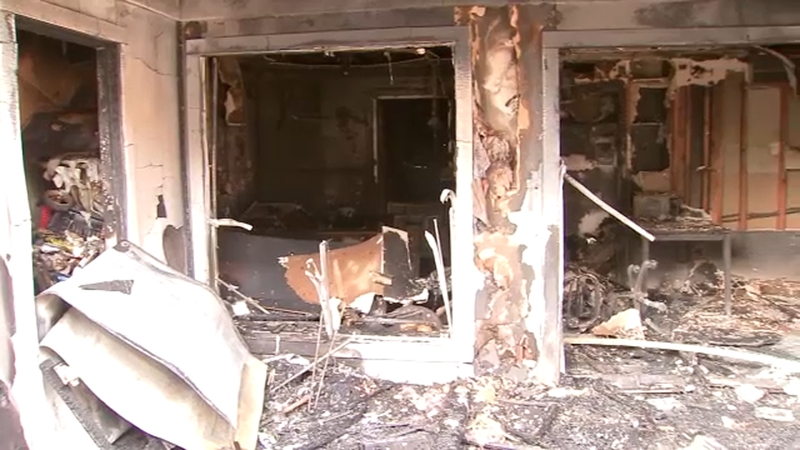 Residents say they're grateful after being saved from burning apartment

HOUSTON, Texas (KTRK) -- A Houston police sergeant was severely burned while saving others during a southwest Houston apartment fire.

It happened just after midnight Saturday on South Braeswood near South Gessner.

The sergeant and other officers were in the area when they saw the flames coming from the building, according to HPD.

The officers got on the roof and on a balcony of one apartment unit and rescued a man inside as the fire raged, police said.

Officers were able to help pull other residents out of their apartments.

The sergeant suffered burns to his hands while removing burning debris during the rescue.

Investigators are looking into whether the fire may have been intentionally set. He was treated by Houston Fire Department personnel on the scene.

"I just thank God they were here," one rescued resident said. "They were angels."

The Houston Police Officers' Union took to Twitter saying they plan to help two tenants who lost everything get back on their feet.

We just got off the phone with Jeffery and Adaeze. They lost all of their possessions in the fire, but they haven't lost their positive outlook.

We'll be meeting up with them next week and coming up with some ways to help them get back on their feet. #HoustonStrong https://t.co/gYlrdA8SjY pic.twitter.com/ezNajrXVcR

It wasn't clear how many apartments were destroyed, but the damage was extensive.

ABC13's Nick Natario shows us what's left of the apartment after the officers jumped into action.