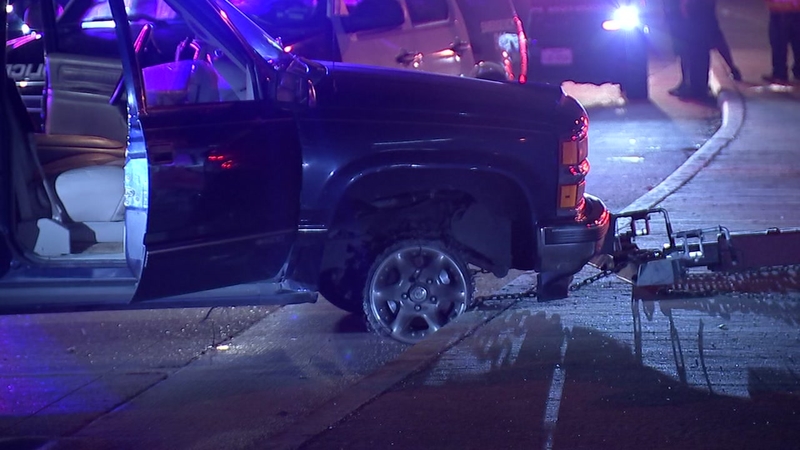 The chase started in Jacinto City and ended at Greens Road near Northborough in north Houston around 1:30 a.m. Tuesday.

Police initially tried to pull over the driver who they believed was either drunk or on drugs and he took off.

Precinct 1 deputies threw down spike strips but it is not clear if the driver hit them.

The PIT move, which stands for Pursuit Intervention Technique, is when the officer bumps the side of the suspect's car, causing the driver to spin out and stop.

The move is considered controversial because it has been known to be deadly.

"To my knowledge, this is the first PIT we've had after the new training. The officers just had the training in the last couple weeks. This is the first time we've been able to use it," said Lt. Larry Crowson.

Police didn't say how fast the officer was going when he used the PIT move.

No one was hurt. The driver is in custody.