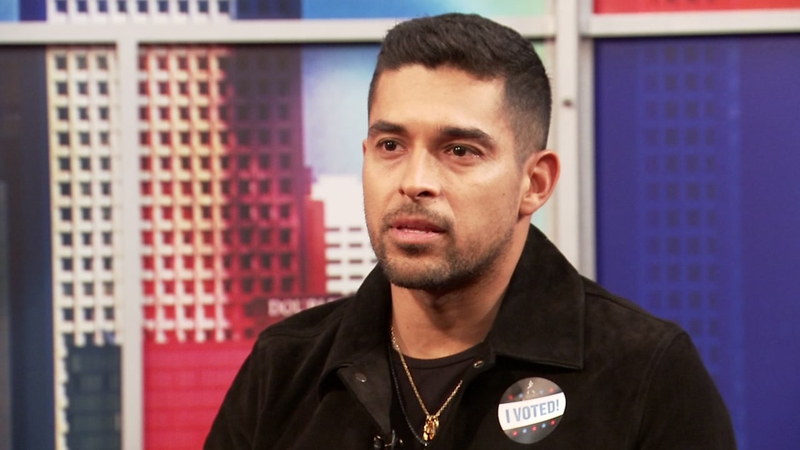 HOUSTON, Texas (KTRK) -- Voters, you can raise your glass to this.

Actor and activist Wilmer Valderrama will make a stop at Montrose restaurant Goodnight Charlie's tonight for a polling party, and you're invited.

TODAY #Houston #Texas
I’m spending #ElectionDay #MidtermElections with you!
Info on where I’ll be here below: pic.twitter.com/qPY94W8SRN

Although the hangout isn't a place where you would cast your ballot, the event is still all about getting voters to make sure their voices are heard.

Valderrama is headlining the party in a joint effort with the #VoteTogether campaign, which hosts non-partisan events across the country, and Johnnie Walker's Keep Walking America campaign.

Even though some fans might be more familiar with Valderrama's TV and film career, he's just as much involved in activism.

Valderrama helped launch Keep Walking America in 2016, which aims to promote inclusion and progress. That initiative also took Valderrama to Brownsville where he met with people there, walked along the Rio Grande and visited places focused on Brownsville's heritage.

The next year, he surprised people becoming American citizens after a naturalization ceremony in Los Angeles.

Now 2018 has brought the actor known for That 70s Show and more to the Bayou City.

After you've hit the polls, swing by Goodnight Charlie's from 5-8 p.m. to chat with Valderrama. You do have to be 21 or older to attend the event.

SEE ALSO: Have you voted? Houston restaurants want to reward you if you did
Report a correction or typo
Related topics:
politicshoustoncelebrityvotingtexas newsvote 2018midterm elections
Copyright © 2022 KTRK-TV. All Rights Reserved.
TOP STORIES
Daylight shows home destroyed after standoff with shooting suspect
What we know about man accused of shooting 3 HPD officers
Clouds clearing today, sunny through the weekend with rain next week
5 people charged in connection with Pct. 5 corporal's murder
How many times can I reuse my N95 mask?
Decades after TV anchor disappears, convicted rapist denies connection
Driver dies after slamming into 18-wheeler's trailer on US-59
Show More
Woman shot in the shoulder during robbery set up in SW Houston
Prepare for a major closure at I-69 and 610 West Loop this weekend
Officers escort body of corporal killed in ambush to funeral home
ABC13 obtains HPD scanner traffic of chase that led to shootout
'Tiger King' Joe Exotic resentenced to 21 years in prison
More TOP STORIES News