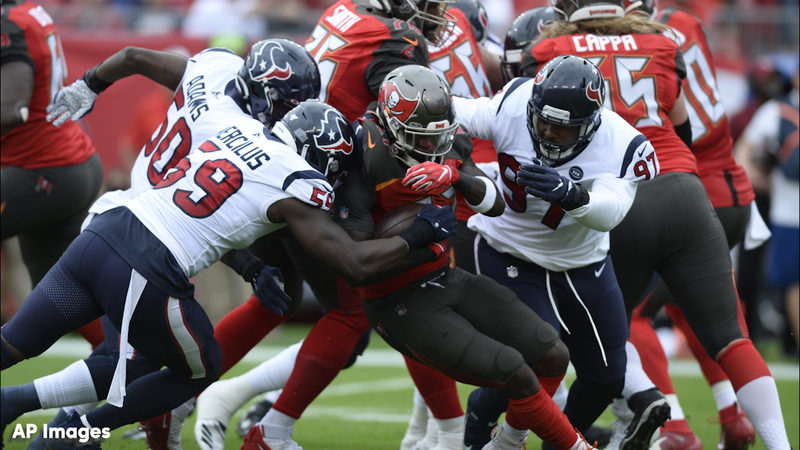 TAMPA, Florida (KTRK) -- The Houston Texans are your 2019 AFC South champions again after a 23-20 win Saturday against the Tampa Bay Buccaneers.

The team won the title last year after losing their two-year winning streak in 2017 to the Jaguars.

After the loss to the Denver Broncos two weeks ago, it's quite the accomplishment to beat a divisional rival, the Titans, the week after and then beat the Bucs toward a division title.

The team forced five turnovers in a game where they had to control Jameis Winston, NFL's leading passer in terms of yardage.

They played without Benardrick McKinney rounding out Houston's defensive lineup.

Crowd noise cant be a factor in Tampa. #Texans pic.twitter.com/wURfKlVkbO

The best thing we heard from the Texans all week prior to Saturday's game came from safety Justin Reid. He said the team knows their best is good enough.

Their best best was indeed good enough, as they depart Tampa as division champions again, and they can look forward to another trip into the NFL postseason.