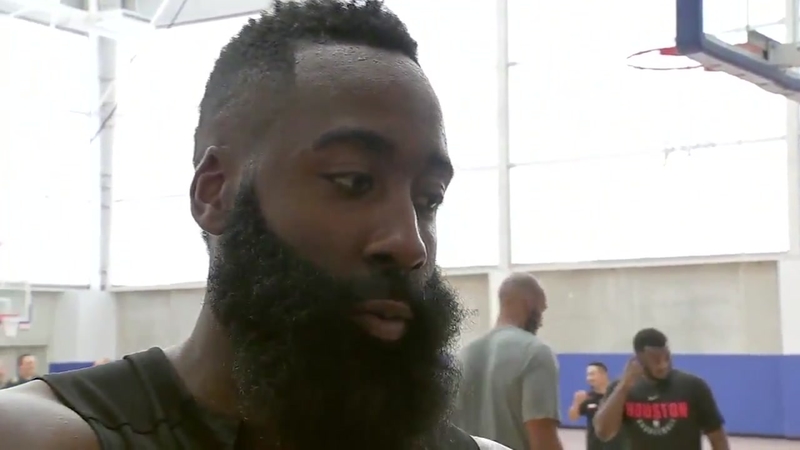 Armed with high expectations after media day, the Houston Rockets finally got to work with training camp kicking off at McNeese State University.

The beginning of training camp was also accompanied by the university welcoming the team and unveiling their brand new on campus basketball facility for the men and women's teams.

While in Lake Charles, the Rockets will be staying at the Golden Nugget, which is owned by Rockets owner, Tilman Fertitta.

The #Rockets were welcomed today by the Governor and Mayor as they start training camp at @McNeese State University’s brand-new Health and Human Performance Education Complex. pic.twitter.com/UEhsoLQB83

Though Tuesday marks the official beginning of camp, with preseason one week away, the Rockets have been training hard all offseason in hopes of repeating last season with slightly better results.

"It feels good, we don't have to worry about the conditioning," Harden said. "We can just focus on the details and what we need to do and just play."