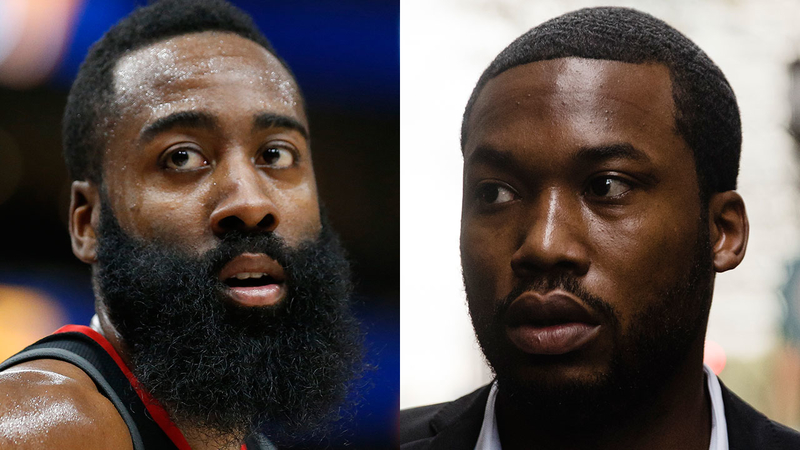 Harden spent the day after the team's Christmas Day loss in Oklahoma City to visit Mill, whose real name is Robert Rihmeek Williams.

In an Instagram story post, Harden said, "Got a chance to see my bro @meekmill today. His spirit is high and hopefully we can get him out by February."

In November, the 30-year-old Mill began serving a two-to-four-year prison sentence in Pennsylvania for his fifth violation of his probation that originated with drug and weapon counts when he was 19.

The controversy stems on whether the sentence was excessive. Advocates argued Mill was unfairly sentenced for comparatively non-violent charges. In addition, both Mill's lawyers and prosecutors recommended against the sentence.

Sports Illustrated, also on Tuesday, reported that Harden plans to wear a pair of his signature Adidas sneakers with a "Free Meek" message on them during the Rockets' game in Boston on Thursday night.