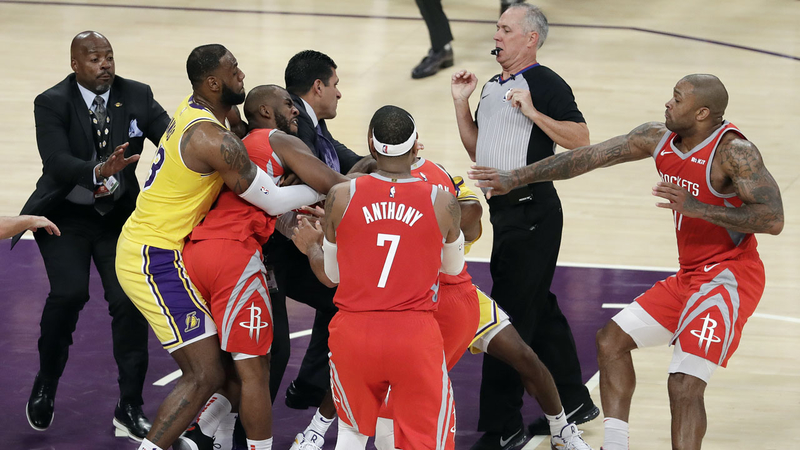 LOS ANGELES, California (KTRK) -- Chris Paul was given a two-game suspension after his role in a fracas with Los Angeles Lakers guard Rajon Rondo on Saturday night.

Paul, Rondo and Lakers forward Brandon Ingram were all given bans for the fourth quarter scrum. Rondo got a three-game suspension, while Ingram drew a four-game suspension.

The fight broke out after Ingram was called on a foul on Houston's James Harden.

Things began heating up when Rondo and Paul started arguing. Video from the game shows Paul placed his hand on Rondo's face, to which he responded with a punch.
More punches where thrown, then Ingram escalated the situation by running back from halfcourt and throwing another punch.

The players had to be separated by officials and security, before Paul, Rondo and Ingram were all ejected.

An NBA statement described the incident and the reason for the disciplinary measures:

After the players left the floor, a member of Rondo's family got into a confrontation with Paul's wife, Jada, according to ESPN.