Mother loses kidney after being shot on 610 Loop 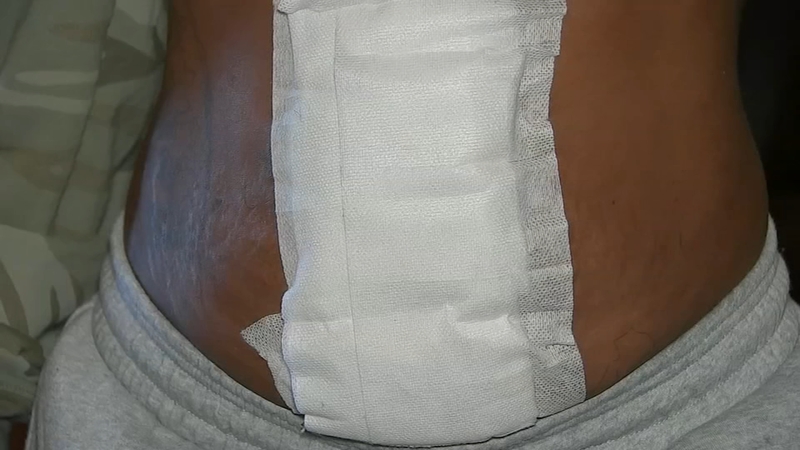 Mother loses kidney after being shot on 610 Loop

HOUSTON, Texas (KTRK) -- A mother of five says she is lucky to be alive after being shot while riding in a car on the 610 loop in southeast Houston.

A spokesperson with the Houston Police Department says their Major Assaults Division is investigating the case and says it is open and active with no arrests.

Showing our ABC13 news camera her wounds after being shot in the back, the woman explained, "I lost a kidney, so I have one kidney now."

She says it happened Saturday, Jan. 15 around 8 a.m. She and her husband were driving to LBJ Hospital, where he works in the kitchen.

They were on the 610 Loop near Broadway St. on the southeast side when she says a cream-colored Cadillac DTS with paper plates began swerving into them.

She says the driver then pulled up next to them waving a gun and smiling at them. "So my husband speeds up to get away. We hear gunshots at our car."

She says her husband, who also carries a gun, fired back, trying to get the suspect to retreat, but that suspect, she says, returned fire -- a single bullet that went straight through her passenger-side door.

"It end up coming through the car door and it hit me. I would have thought it would have grazed me, but it really actually went in my back and when it went through my back it traveled. It hit one of my kidneys, then it hit my gall bladder vessel and it's stuck right there in my stomach."

After a surgery to remove her kidney and a second surgery to repair her gall bladder, the bullet is still lodged in the woman's stomach where she says doctors told her it will remain.

Her husband made it to LBJ Hospital that morning, but instead of clocking in, he rushed his wife into the emergency department. She spent 12 days in the hospital, just thankful to be alive.

"I'd rather be here going through the healing process than my husband be planning a funeral for me."

And she wants to share her story now to help warn others and document what's happening on Houston highways.

"At the end of the day, people targeting at people like that, it don't make no sense. It's crazy. It really is crazy out here."