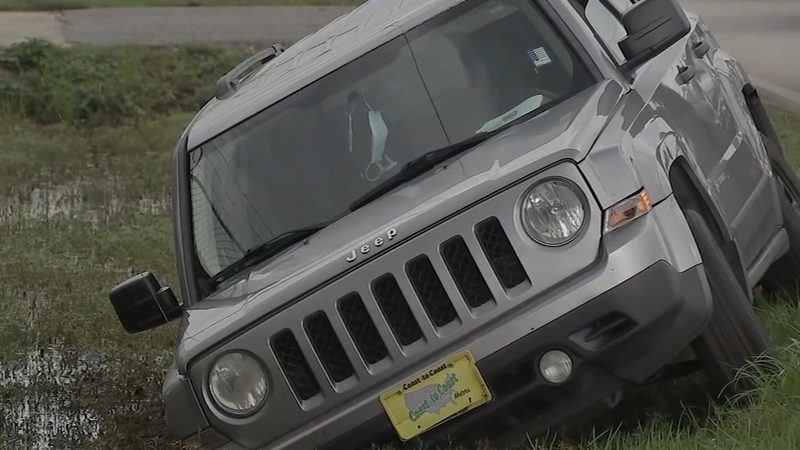 HOUSTON, Texas (KTRK) -- New video has surfaced showing a pregnant woman pull out a gun on victim who had a 5-year-old in the backseat.

Harris County deputies said it was a road rage incident that escalated into a shooting and ended on Rankin Road on Friday.

The family of Ta'Liyah Williams said they are still in shock and shaken up.

The child's mother was shot in the back. She is expected to be okay.

"We saw her holding the gun and it was loud," Ta'Liyah told Eyewitness News.

Brittany Daniels, the pregnant woman, was driving a gray Jeep when she got into an altercation with Ta'Liyah's mom, Tashara Williams, who was driving a red sedan.

"They sped up and caught back up with them, and that's when they overheard the driver, whoever the guy was, telling the girl to shoot the gun. So she brandished the gun first, and then started shooting," Tashara's aunt said.

New video from the scene shows Daniels pulling out the gun, and shortly after, deputies say she shot at Tashara's vehicle multiple times.

The family says they're thankful Ta'Liyah wasn't hurt, and wants to take the case to court.

"At this point, we have an attorney and we plan to make sure she gets the exact amount of time that she deserves," the aunt said.

Daniels has been charged with three counts of aggravated assault with a deadly weapon. Her bond is currently set at $50,000.