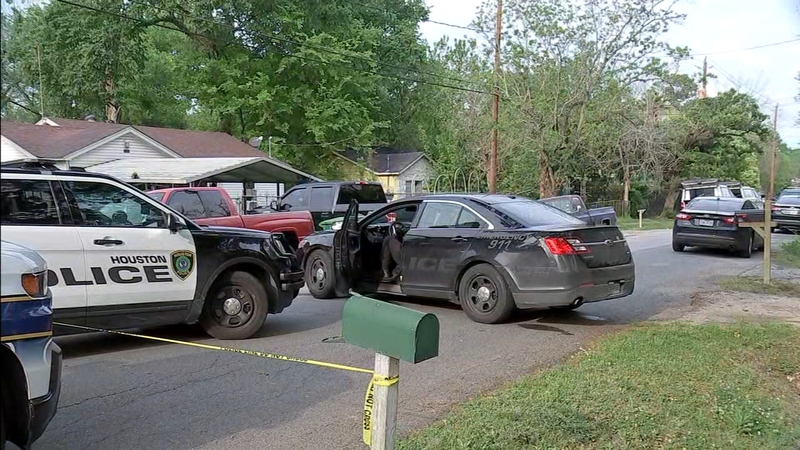 HOUSTON, Texas (KTRK) -- Houston police are investigating the death of an aspiring rapper inside his northeast Houston home on Friday morning.

The 36-year-old was found by a neighbor who went to check on him and found blood on the ground at the 8300 block of Carolwood.

At about 1 p.m., Houston police responded to the scene to learn the shooting happened hours before.

Police say the victim was shot at least once. Soon after, family and friends gathered outside the home.

Neighbors told investigators they heard gunshots around 4:30 a.m. However, because it was dark and gunshots are fairly routine, nobody went outside to check.

Later in the morning, police say a neighbor discovered a shattered window on a car. He went next door to check, and discovered his neighbor inside his own home, with blood everywhere.

"There are cameras inside the home. We'll see. It will take time to find out what exactly happened today," said HPD detective C. Duncan.

Duncan confirmed recording equipment was found inside the home.

"I don't know why this happened," said the victim's friend who does not wish to be identified. "I have no idea because everybody loved him. Everybody liked him."

The man was last active on social media hours prior to gunshots being fired. Most postings were about his music career.