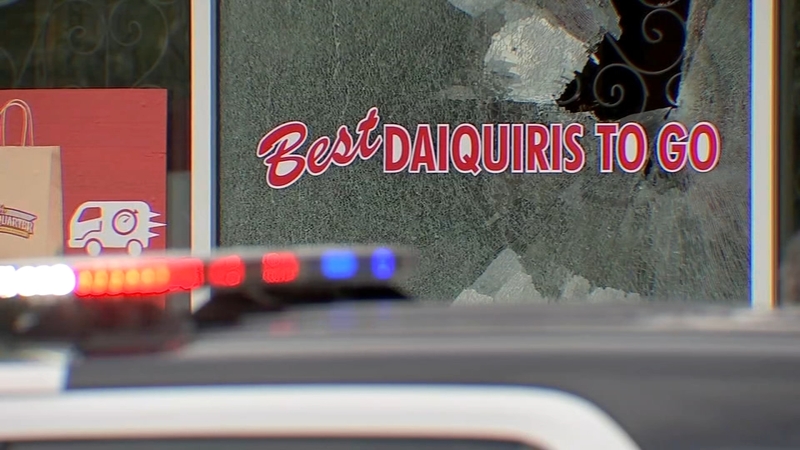 HOUSTON, Texas (KTRK) -- Police are investigating a shooting at a southeast Houston restaurant that began after a suspect tried stealing money from a tip jar.

It happened at the Wing Quarter restaurant, located at 3929 Old Spanish Trail, at around 3:30 p.m. Saturday.

HPD investigatig a shooting outside Wing Quarter on Old Spanish Trail in SE Houston. Manager tells me she saw someone pull up and fire a gun.. @abc13houston pic.twitter.com/vSyaKCH2FO

Police say the suspect came inside and stole money from the tip jar when a customer tried to confront the suspect.

The suspect eventually took off, but came back minutes later and shot at the customer from the parking lot, shattering the restaurant's windows.

Police say two customers were inside and were injured by the glass, but no one was shot.

Assistant general manager Cicely Brico was working when the shooting happened and says she ducked when she saw the suspect's gun.

"If you see somebody's hand go up and somebody's window is down, you don't wait," said Brico. "I'm not going to see what he's trying to do, I'm going to get out of the way."

Police say they found the suspect's vehicle about a mile from the restaurant with someone inside.

The person inside the vehicle did not match the description of the suspect, according to police, but the person was detained for questioning.

The incident remains under investigation. Anyone with information is asked to contact Houston police.