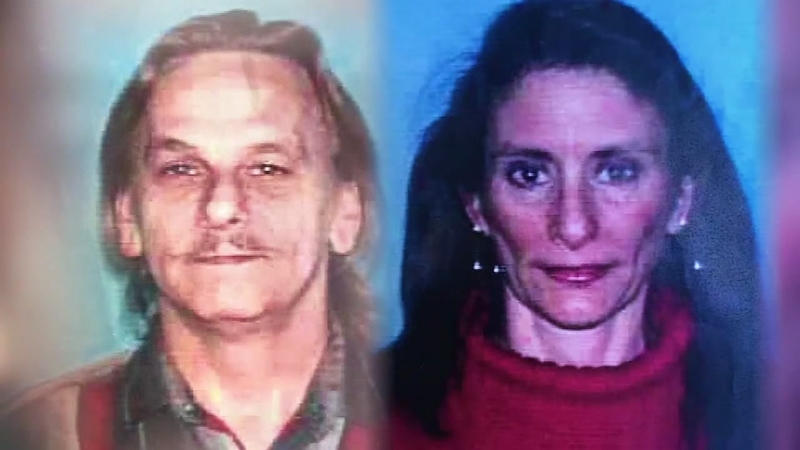 Husband and wife killed in shootout with HPD officers

Rhogena Nicholas, 58, and her husband Dennis Tuttle, 59, have been identified as the two suspects who were killed at the house in the 7800 block of Harding.

Dennis Tuttle, 59 the other suspect involved in the Officer involved shooting pic.twitter.com/3ZiuydTH7p

Rhogena Nicholas one of the suspects involved in officer shooting. pic.twitter.com/8aqgglvUaS

Tuttle's sister says he grew up in the Houston area. She said he was a disabled veteran.

"Released on honorable discharged medical," Elizabeth Ferrari said. "He had debilitating injuries for many years and it's a sad situation."

Tuttle was married to Nicholas for 20 years. She also has family in Texas.

Houston Police Chief Art Acevedo said the drug raid on the home stemmed from numerous complaints from neighbors. He said undercover officers had previously made two purchases of black tar heroin from drug dealers at the house.

Armed with a search warrant, nine narcotics detectives backed up by at least six patrol officers surrounded the home just before 5 p.m. on Monday.

After a 54-year-old officer, the lead investigator on the case, broke open the front door, a 33-year-old officer armed with a shotgun entered the residence and was immediately attacked by a pit bull, Acevedo said.

He said that the officer being attacked shot and killed the dog.

One of the suspects, Tuttle, charged from the back of the house firing a revolver at the officer, hitting him in the shoulder.

"He went down and fell on the sofa in the living room," Acevedo said of the wounded officer. "A female suspect went towards that officer, reached over the officer and started making a move for his shotgun."

Another officer who entered the house was allegedly shot by Tuttle.

He said the lead investigator who breached the door entered the house and was also shot.

"After we had two officers down and another shot, the remaining officers ... started laying down cover fire, left positions of cover themselves and, I believe, they heroically pulled their fellow officers out of harm's way," Acevedo said.

He said Tuttle followed the retreating officers to the front door and continued to fire at them before he was shot and killed.

Police recovered two shotguns and three rifles from the residence and seized marijuana and a white powder they believe to be either cocaine or the powerful synthetic opioid fentanyl, Acevedo said.

Tuttle's sister says they are sending prayers to the officers.

"Our prayers are with the officers and the families that are affected," said Ferrari.