Church prays for suspect to confess what happened to Maleah 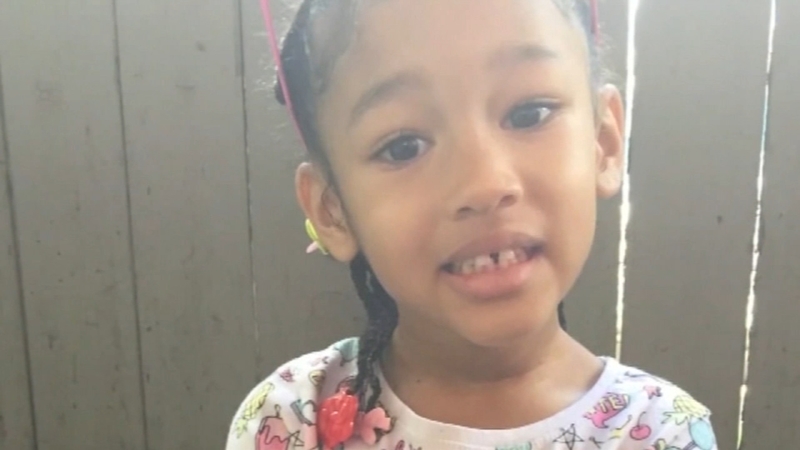 HOUSTON, Texas (KTRK) -- As the search for Maleah Davis continues, a community hosted a day of prayer.

The service was held at Christ Fellowship Missionary in northwest Houston. Pastor Edwin Deese led the group prayer for the missing 4-year-old. It's been 3 weeks since she was seen.

The case all began on May 3, when police say Derion Vence, Maleah's mother's ex-fiance, told them he was on his way to Bush Intercontinental Airport with Maleah and his 1-year-old son to pick up Bowens from the airport.

Police said Vence told them he was ambushed by the men, with one of them hitting him on the head, and he lost consciousness.

When he woke up on the side of Highway 6 near First Colony Mall around 6 p.m. the next day, his son was with him, but Maleah was not.

Surveillance images show Maleah Davis and her mother's ex-fiance walk into the family's apartment, but she was never seen coming out.

The case took another turn on Mother's Day when new surveillance images showed Maleah and Vence walk into the family's apartment, but she was never seen coming out.

The photos were captured on April 30, the same day Maleah's mother left town for a funeral and the last time Maleah was seen alive.

Cameras captured Vence bringing her back into their family apartment that morning.

A few days later on May 3, cameras captured Vence leaving the apartment with his 1-year-old son, a laundry basket, and a black trash bag inside.

Houston police said the laundry basket captured on camera May 3 was found along with a gas can in the trunk of the vehicle that Vence reported stolen.

According to police, K-9 officers who are trained to sniff the scent of a cadaver were brought to the suspect's vehicle and other vehicles in the parking lot. Both dogs reacted to the suspect's trunk, indicating that they sensed human decomposition in the vehicle.

Police also say they observed drops of blood in the hallway leading to the bathroom of Vence's apartment and on various surfaces of the bathroom.

Police revealed the same vehicle was seen on surveillance video on May 5 at Methodist Sugar Land Hospital, where someone dropped off Vence. It was there that Vence first made the claim that he was attacked and that Maleah may have been kidnapped.

ABC13 obtained a new surveillance image from that night outside the hospital.

Vence's bond was originally set at nearly $1 million on Saturday, but it was lowered Monday to $45,000.

ABC13 has learned the child was recently returned to her home after CPS removed her last August.

Bowens said it was determined a fall was the cause of the girl's injuries.

On Thursday, Chief Art Acevedo gave a brief update on the missing 4-year-old's case. He also mentioned a $5,000 reward to help find Maleah even "if I have to pay it myself," he said.

The reward grew throughout the day as Acevedo announced that Mr. Ronnie and Karen Bias, out of Louisiana, have pledged an additional $10,000 for information to find Maleah.

The reward offered adds up to a total of $15,000, which is separate to the reward of up to $5,000 offered by Crime Stoppers for information leading up to an arrest.

In the conference, Acevedo also opened up about the suspect's theories as he told the media they believe the suspect, Derion Vence, knows where Maleah is, but he is just not talking about it.

"You could drive a big rig right through the tales this guy has been telling," Acevedo said about Vence.

Acevedo pleads with the public to help bring little Maleah home in order to give her family the closure they need, as her case is not one of "a cat buried in the yard."

"The evidence shows that we believe she has been murdered. Let's bring this baby home, proper burial," he said. "Without finding that body, there is a hole left out there. We want to give them the closure, of both charges and finding her body."