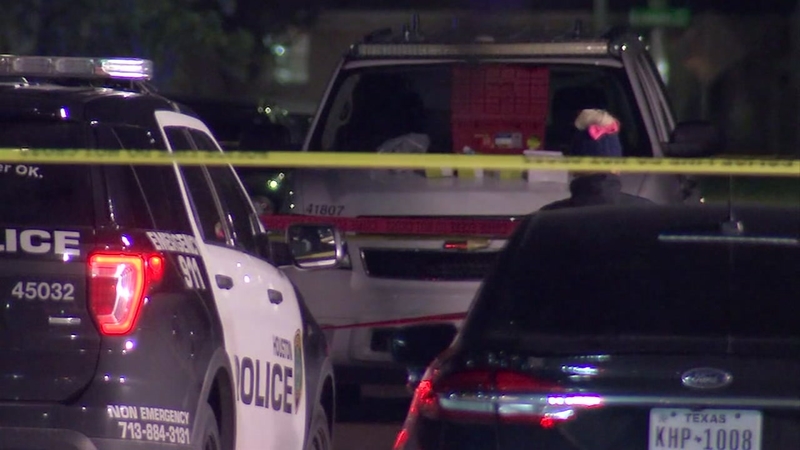 Man wrapped in American flag shot and killed by police

HOUSTON, Texas (KTRK) -- A Houston police officer, who first used a Taser, shot and killed a man draped in an American flag after he charged at her and then attacked her in the middle of the street in southwest Houston.

Police say the man also had an American flag on a pole and was hitting vehicles Wednesday evening in the 7100 block of Beechnut near Fondren.

The initial call was for a "traffic hazard."

"There's going to be an Hispanic male, gray hair, draped in an American flag," a police dispatcher told officers.

Investigators are en route to an officer involved shooting at 7100 Beechnut near Fondren. Preliminary information is an HPD officer discharged her weapon and struck a male suspect whose been taken to a hospital in unknown condition. The officer is ok. PIO is en route. #hounews

The situation quickly escalated when the responding officer arrived.

"As she approached the male, she gave him verbal commands, which he disobeyed," Executive Assistant Chief Troy Finner told reporters. "The male immediately attacked her, started assaulting her. She was able to disengage. She drew her Taser, deployed her Taser. Absolutely no effect."

Finner says the man charged at her and attacked her again. She fired her gun once, hitting him in the chest. The man died at the hospital after officers tried to give him first aid.

In the struggle, the officer, identified as Ashley Kelley, suffered scratches and lost her body camera.

"It's so sad. We try to train our officers to use whatever restraint they can, secondary weapons and she did it textbook," said Finner. "She performed as we train."

Police could not say whether the man was impaired. He has not been identified.

Kelley has been an officer with HPD for two years. She is assigned to the S. Gessner substation.