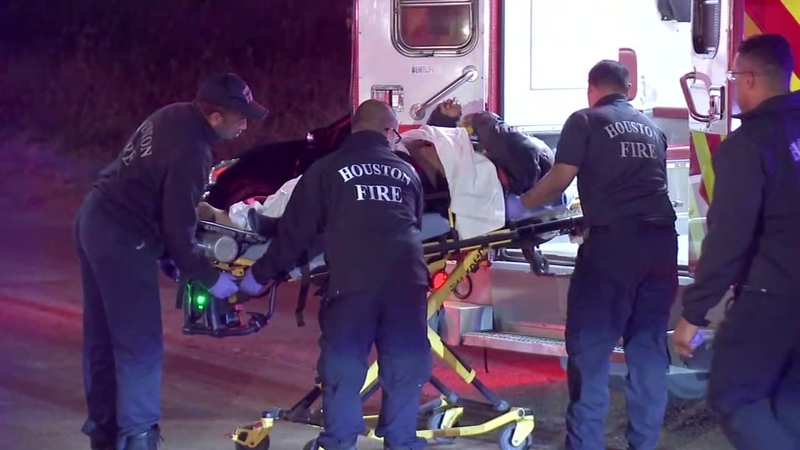 HOUSTON, Texas (KTRK) -- A woman is dead and a man is injured after what investigators are calling a shootout and robbery that sent customers running from an illegal game room in southwest Houston Monday night.

Houston police said at least two people, who were armed, walked into the game room in the 13100 block of Hillcroft near Dunlap just before 11 p.m. to try to rob the establishment.

Officials told Eyewitness News at least 20 rounds were fired between the suspects and the game room security guard and manager, who were also armed.

One of those bullets hit the female suspect. Detectives say she was dragged outside by her partner and left to die while he took off.

According to police, he and another man tied to the robbery left the scene in a black Nissan vehicle.

Meanwhile, the game room manager was also shot. Officers found him locked inside the business after using a sledgehammer to break into it. Investigators have not found the security guard and believe the guard may have run away when police arrived.

The game room manager was taken to Memorial Hermann Hospital.

Investigators said they're combing surveillance video from inside the game room because it shows the whole shootout.