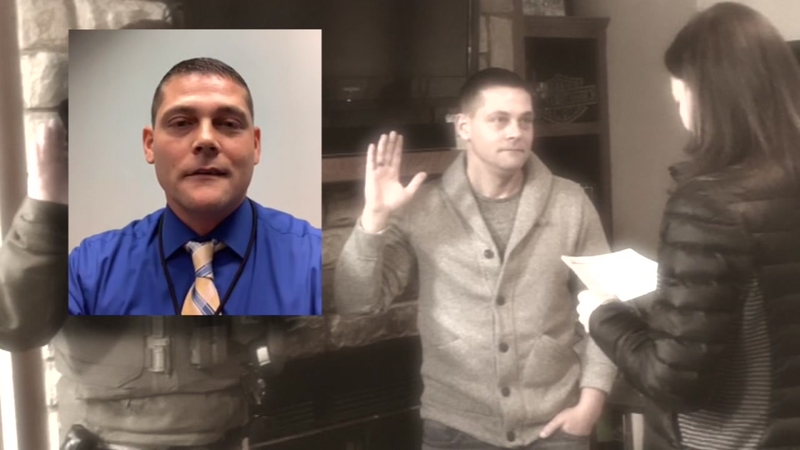 HOUSTON, Texas (KTRK) -- The Houston Police Department helped one of their own grant a dying wish for his father.

He was about to be sworn in when he got a call about his father, who was dying in Ohio. He left to be at his father's bedside.

Since Edie wouldn't be able to make it to the ceremony, officers in Ohio brought the ceremony to him.

He was sworn in with his dad right by his side at his home.

Edie used to work in Ohio before moving to Texas.

"He couldn't open his eyes, but he understood, I think, what was happening. And when Anne from U.S. Marshals spoke with him, he acknowledged to her that he kind of understood what was going on," Edie said.

His father passed away the next day.