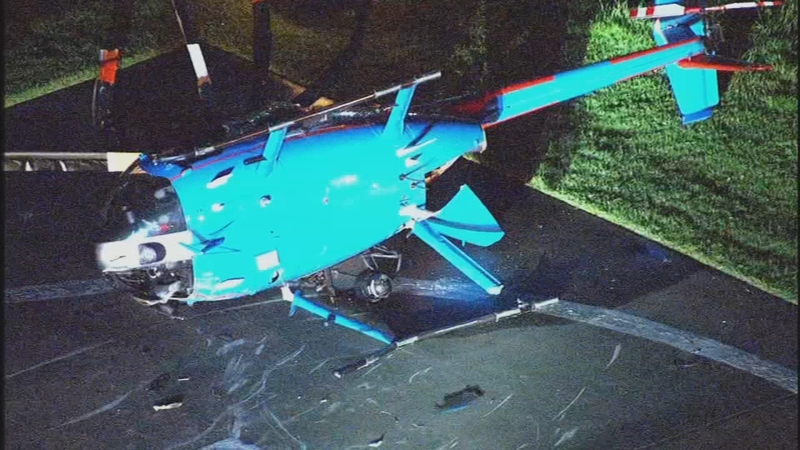 HOUSTON, Texas (KTRK) -- Investigators are working to learn what caused a Houston Police Department helicopter to crash at Hobby Airport.

It happened around 8:45 p.m. Thursday after finishing a patrol flight.

HPD says the pilot and pilot trainee who were inside the helicopter are OK, but are very shaken up.

One of our Fox helicopters had a hard landing incident near our hangar at 8400 Larson (near Hobby Airport) about 8:40 pm. Fortunately, our pilot and flight training officer on board were able to get out of and walk from the aircraft without serious injury.

"As they were about to land, something went wrong and the helicopter rolled on its side, severely damaging the aircraft," Satterwhite said.

HPD says they are working to learn more about what happened.

"If there's something wrong with the aircraft, something we need to do to make sure this doesn't happen again, we'll do that," Satterwhite said.

Houston police, the NTSB and FAA are investigating.

Photos of the helicopter. We're blessed our officers managed to walk away. #hounews pic.twitter.com/0Si7SSbrXE