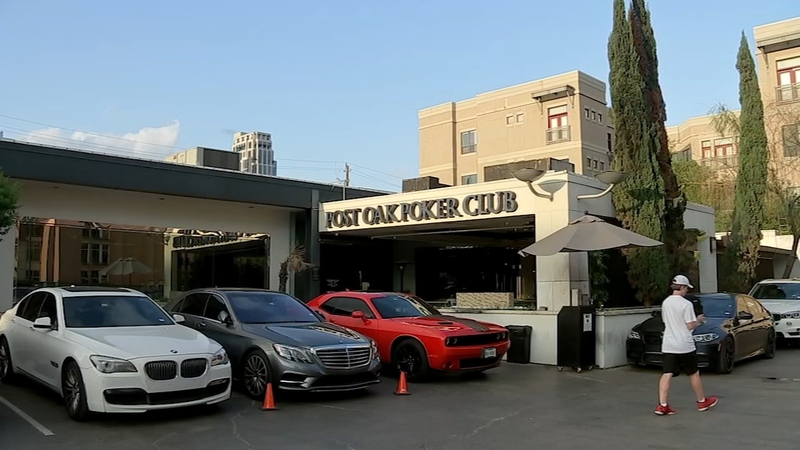 HOUSTON, Texas (KTRK) -- EDITOR'S NOTE: The headline of this article was updated to clarify that the claimed payment was paid to a "group of consultants," rather than a "county consultant."

Hours after Houston police raided Prime Social and Post Oak poker rooms on May 1, the owners and operators found themselves face-to-face in a holding cell at the Harris County processing center, and they started trading stories.

The conversations inside the jail holding cell were the beginning of a defense investigation that resulted in the cases being dropped, federal authorities picking them up, and allegations of a consultant working for the poker rooms and district attorney at the same time.

"There was four of us (in the cell) and it was two from Prime and two from Post Oak," he said. "(We talked about) how? Why are we here? What happened? What happened this morning (when the clubs were raided)."

As the people behind Houston's then-most prominent poker operations exchanged stories, they realized they'd all been approached by the same team of people.

Farshid told 13 Investigates, "(We) kind of determined that, that there was a certain group of people that had come into the place that were offering services, and it sounded like they had gone through very similar situation (as us)."

It is money those defense lawyers say was paid, at least in part, to Amir Mireskandari, who they say was collecting money to help poker rooms at the same time he was helping the Harris County District Attorney investigate financial crime as a consultant to them as well.

Defense lawyers tell 13 Investigates the team of consultants were promising permits, legislation and ways to avoid legal trouble, but had to pay big sums of money.

Prime Social defense attorney Joe Magliolo told reporters at a news conference it was, "Half a million dollars...They were told they would be first in line to get their license and to get it, it would cost $250,000."

Some of the rest was supposedly for political contributions.

Farshid, the assistant general manager, said they never received a permit, "but it was always coming."

Lawyers for Post Oak Poker say they were approached by the same group, but didn't pay the $250,000.

Just weeks later, the cases were dismissed. On Tuesday, District Attorney Kim Ogg cited multiple conflicts of interest, including one involving the consultant in question. She's since turned the case over to federal investigators.

None of the 13 Investigates calls over two days to multiple offices and cell phones for the supposed group of consultants involved has been returned. The FBI has only said they will review the material from the district attorney.