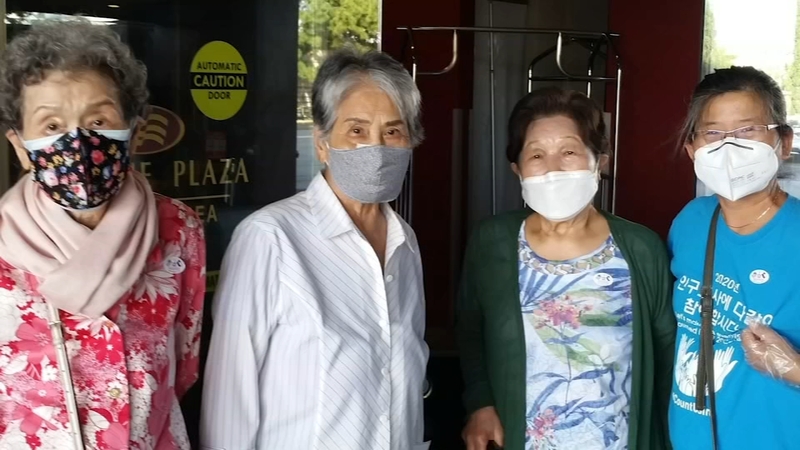 HOUSTON, Texas (KTRK) -- Thursday marked nearly 119 years since the first group of Korean immigrants arrived in the United States and settled in Hawaii. The date, Jan. 13 is now known as National Korean American Day to recognize their significant contributions and celebrate their culture and heritage.

According to the Migration Policy Institute, approximately 14,000 Korean Americans live in the Greater Houston area. But their lived experiences are all different and individually unique. Some immigrated to the U.S., while others were born and raised in Texas.

Hyungja Norman gets emotional when she thinks about the Korean immigrants who first came to the U.S. in 1903. She went through the process herself in 1999 and remembers the challenges of learning a brand new language, culture, and way of life. But she said what helped her get through the tough times was the Korean American community that was already in Houston.

"We always stick together in our community because we depend on each other," Norman laughed. "Some of us don't speak good English."

Dona Kim Murphey is a second-generation Korean American who was born in the U.S. Although Texas has always been home for her, she said she faced her own challenges trying to navigate between two cultures.

"I never have felt quite right either among people who are from Korea directly, the first generation of immigrants or the people who were born and raised in this country, but don't look Korean," she said.

At the same time, Murphey feels that the intersectionalities within her identity also enrich her life and provide her with different perspectives.

"Being a hyphenated American gives me insight into this whole conundrum that has shaped how I process and move through the world, both professionally and personally," Murphey added.

Despite the gaps and different lived experiences that can come with each generation whether it's differences in language, lifestyle, or values, Norman said their heritage is still what brings them all together.

"We love this country. We want to work hard to make America a better place for all Americans," said Norman.

When reflecting on National Korean American Day, Norman points to the success and contributions of her fellow community members.

"Korean Americans who originally started from nothing are now business owners, creating jobs in the community. We are hard-working people. For us first-generation immigrants who don't speak English very well, we pushed our children to excel in education and pursue the American dream," she shared. "You see us in every profession -- doctors, lawyers, accountants, teachers, engineers, you name it. We help make America great."

Norman and Murphey volunteer in efforts such as improving voter turnout and accessibility to COVID-19 resources in Houston's Korean American communities. They said Korean Americans have made a lot of progress in the Greater Houston area. But they hope to see more people bring their voices to the table.

"We want our second, third, and future generations to get more involved in our community and help solve its problems. We want more of them to become leaders. That's what I hope for our future," said Norman.