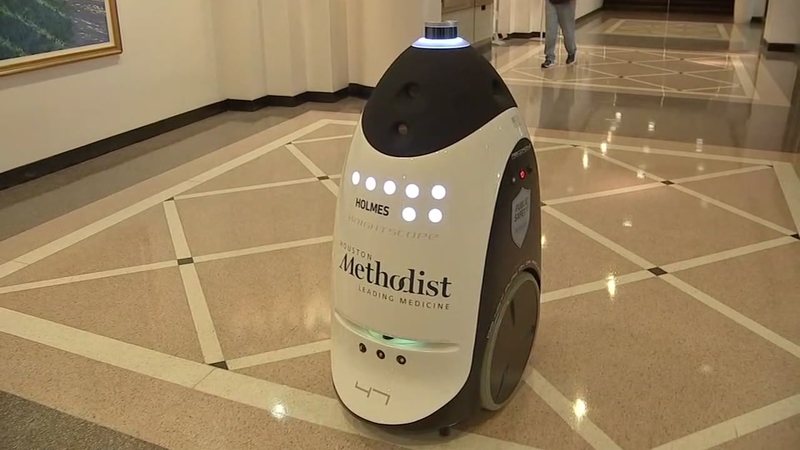 Meet "Holmes" and "Watson" the hospital's newest members of its security team, helping to keep staff and patients safe.

"Methodist is the largest hospital in Houston, you see how many people we see in and out how many visitors we have, so safety is very important to us, that's our number one priority for both visitors patients and everybody," said the hospital's director of public safety Hadji Sarr.

The robots are a first of their kind in the medical center and in the nation to patrol inside a hospital.

"This is just another addition to be able to see what's going on," Sarr said.

With their 360-degree video compatibilities and thermal cameras, the dynamic duo gives security personnel a better look at the areas they patrol. They also have a two-way audio system that allows communication between officers.

"They're here so that our staff can communicate and interact with other patients and staff," says security manager Robert Gomez.

The robots have an emergency button as well that anyone can press to get in contact with security personnel.

"It's just another one of the arsenal things to put in our bags our toolbox of security items we have," Gomez tells Eyewitness News.