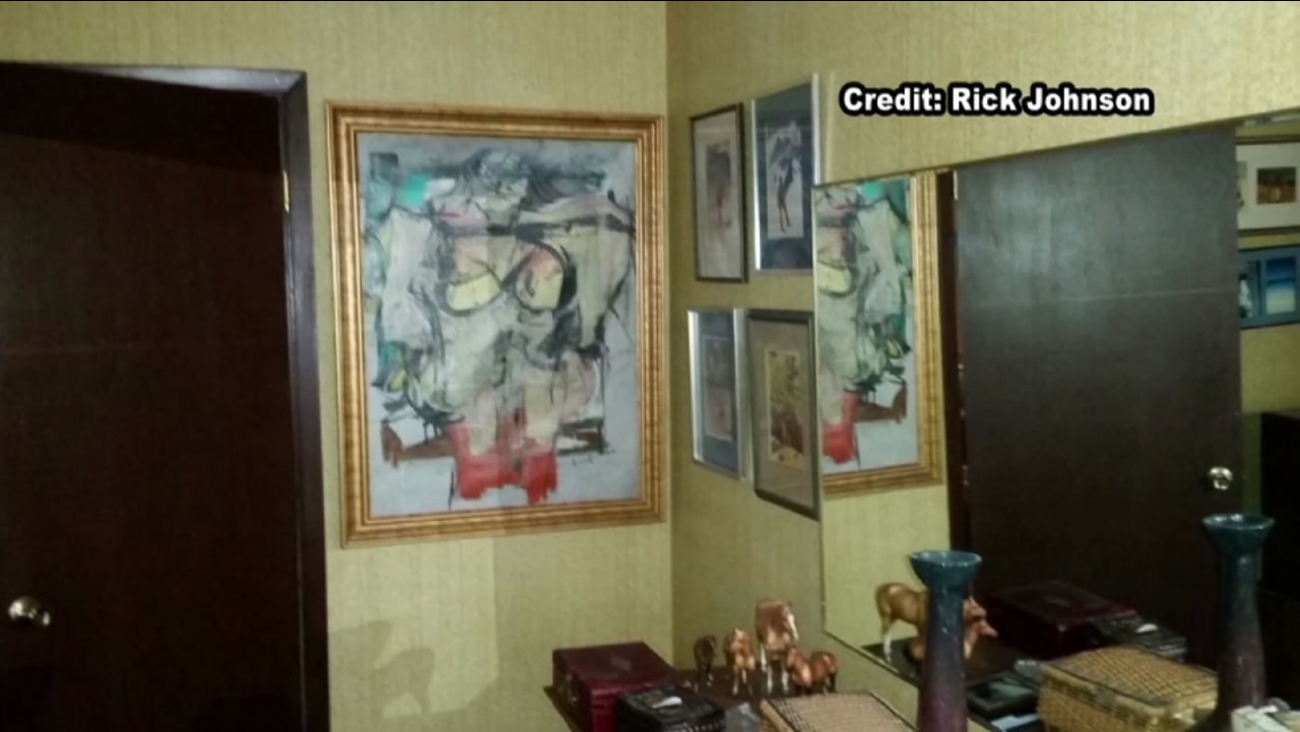 HOUSTON, Texas (KTRK) -- A Houston man received a surprising phone call from the FBI this summer. Ron Roseman said he was in the parking lot of a popular wholesale club when investigators called him about a painting.

The art belonged to his late aunt and uncle, Rita and Jerry Alter.

The piece titled "Woman-Ochre" was painted by Willem de Kooning. Roseman didn't think much of the artwork. He thought it was merely a replica.

It turned out to be the original, estimated to be worth around $160 million.

"Well the first thing (the FBI) told me was that this is the FBI. They then immediately said, 'Don't worry, you're not in trouble,'" said Roseman. "They proceeded to tell me about the painting in the house. I believe at that time they told me about its worth."

The painting had been missing for more than 30 years. A man and woman stole it from the University of Arizona Museum of Art the day after Thanksgiving in 1985.

The woman distracted a security guard while the man cut the painting out of its frame with a sharp blade. They quickly left and detectives never tracked them down.

"It's still hard to believe that it was even there. It's something that you could go over endlessly in your mind. I'll probably be endlessly blown away by it," said Roseman. "I don't think anybody in the family knew about it. We weren't sure what they thought it was."

Roseman does not believe his aunt and uncle had anything to do with the theft. He described them as frugal school teachers who loved to travel.

"They were very dynamic people. I can't imagine they would have," said Roseman. "They were just nice people."

Roseman was responsible for the Alter's estate after their passing. He said their home in Cliff, New Mexico, was full of old belongings and keepsakes from their travels. He sold much of it to the Manzanita Ridge Furniture and Antiques in Silver City, New Mexico for $2,000.

The family shared photos with Eyewitness News. In them, you can see "Woman-Ochre" hanging in the couple's bedroom positioned behind their door.

Buck Burns with Manzanita Ridge said they didn't know what was in their possession until customers pointed it out. They assumed the painting was a replica made by an art student. They never imagined it was the original work of art.

"After about the fourth or fifth customer who said, 'I think you have a real de Kooning,' it piqued our interest to actually start researching it," said Burns. "He comes across the article of the painting that was stolen, and calls myself and another friend back to the computer. I looked at the screen and we both at the same time said, 'Holy crap. That's the painting.'"

Burns said he and his business partner called the University of Arizona within five minutes to tell them the good news. They donated the painting back to the museum. They said it's great to see it back where it belongs.

"We believed in the principle that it was stolen. It needed to go back to its rightful owner," said Burns. "We're thrilled. How many people are going to get to see this piece and get to know the story? How far does this actually happen? It's pretty cool."

Burns said in his personal opinion he suspects the Alters played a part in the painting's disappearance. He said he speculates the painting was hung for them specifically to view.

The University of Arizona Police Department and the FBI consider this case an active investigation. They have not commented publicly about what role the Alters may or may not have played in the theft.

Roseman speculated his aunt and uncle may have unknowingly come across the piece on their travels. He admits, though, it's a mystery which likely won't be solved soon.