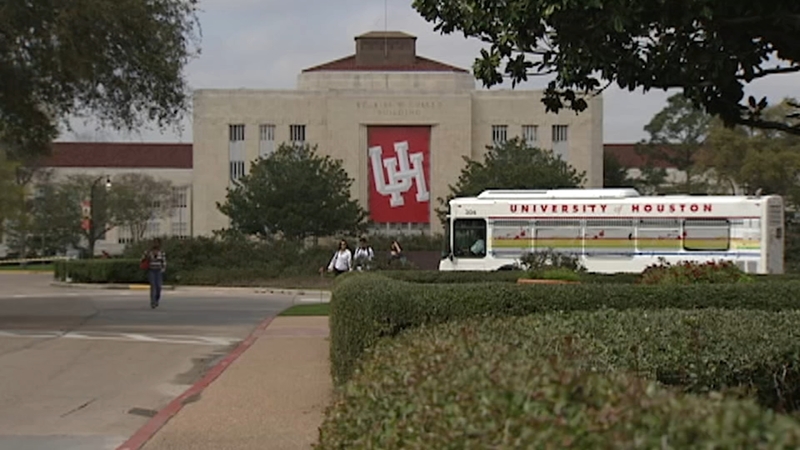 Students in a virtual UH lecture got a scare when a proclaimed ISIS recruiter joined in on their class and made the following remarks.

HOUSTON, Texas (KTRK) -- A Houston man has been charged after he allegedly made bomb threats against the University of Houston in the middle of a Zoom lecture.

Authorities said 19-year-old Ibraheem Ahmed Al Bayati joined a UH zoom lecture on Sept. 2 and identified himself as Abu Qital al Jihadi al Mansur. After joining the lecture, he allegedly interrupted and asked, "what does any of this have to do with the fact that UH is about to get bombed in a few days?"

According to a complaint, Al Bayati allegedly held up his index finger and repeatedly said an Arabic phrase that meant, "Islamic State will remain." The criminal complaint further stated that Al Bayati's alleged discussion about the "Islamic State" is a reference to the terrorist organization ISIS.

In addition, authorities said Al Bayati allegedly sought out ISIS supporters online, helped an individual make a "pledge" and, according to Al Bayati, was known as an ISIS recruiter.