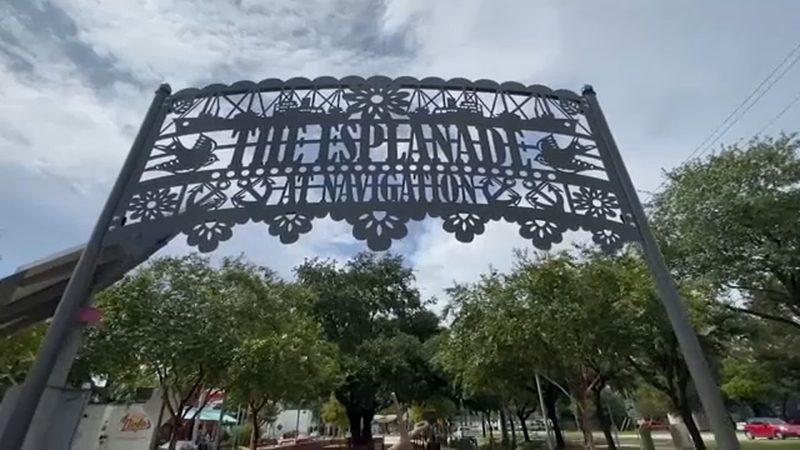 HOUSTON, Texas (KTRK) -- Houston's East End has changed a lot over the years, and its residents have noticed.

"It wasn't like that 20 years ago when I was a kid," said Houstonian Gio Soto. "It's just nice to be able to walk around and go to places like this."

As part of our ABC13 Plus series, we're taking a look at the vibrant East End district and its rich history.

READ MORE: Welcome to the East End: Taking a tour of this vibrant and diverse neighborhood
EMBED More News Videos

Local East End filmmaker Alex Luster gives us a tour of this vibrant and diverse neighborhood,

The East End is extremely culturally diverse. Known mainly for its arts scene and iconic murals, it's also a place where many of its residents go to make a living.

"The underlying current here is that it was a community of immigrants, so we've had waves of German families, Italian families, and then Mexican-American families, which is why you find such a strong Hispanic culture," said president of the East End District, Veronica Chapa Gorczynski. "They've all known each other for generations and played with each other next door, growing up together. It's fascinating to see this place change, but they still honor that."

Plus, if you're from Houston, you're likely familiar with the Maxwell House coffee manufacturing facility.

The mere mention of the scent of coffee in the East End will conjure up fond memories for those who have spent a lot of time in the neighborhood.

The facility first opened in 1946, and was one of the largest coffee manufacturing plants in the world. It closed in 2018, and was supposed to be turned into a hemp processing facility until the company declared bankruptcy and plans fell through.

Another treasure in East End is the Gus Wortham Park and Golf Course. It first opened in 1908 as the Houston Country Club.

The iconic places in the East End don't stop there. In 1950, the Morales Radio Hall was once the Gulf Coast's first Spanish language radio station. The station later closed in 1995 and became the event space that it is now, which is an extension of a historic funeral home.

"The Houston Ship Channel was actually created in the early 1910s to enable Houston to become a port city," explained Kinder Institute deputy director Kyle Shelton. "You could say that the ship channel, and everything tied to it, which is also really core to the energy industry and sector in the region, probably accounts for somewhere in between 20% and probably 40% of our economy in some way. It's a community that has a core of long term residents, there's a lot of continuity there and those communities will continue to thrive."