Authorities seize $3.4M worth of drugs, including meth, in north Houston 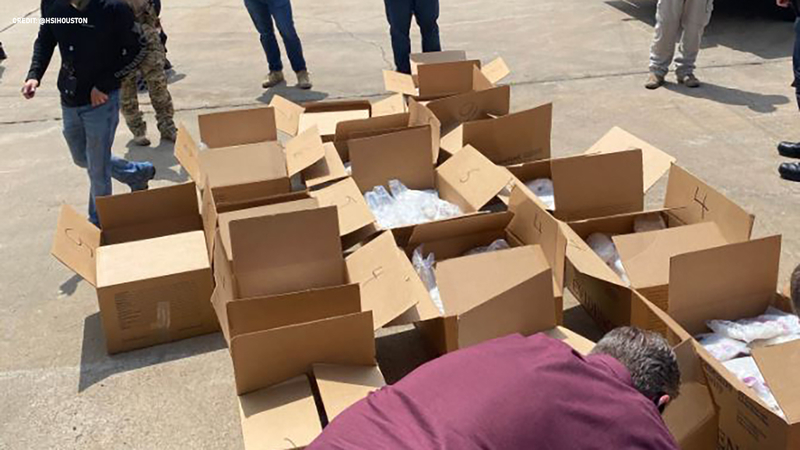 Authorities seize $3.4M worth of meth in north Houston

HOUSTON, Texas (KTRK) -- Investigators with Homeland Security Investigations conducted what they say could possibly be the largest meth seizure ever recorded in the city of Houston.

On Wednesday, authorities seized 1,789 pounds of methamphetamines in the north Houston area, as well as large quantities of other narcotics, according to a tweet from the agency.

According to authorities, the street value of the seizure is approximately $3.4 million.

There is no word on arrests or if any charges will be filed.

No additional information was released as the investigation is ongoing.

Just last week, Liberty County authorities made largest meth bust on record for that county. While responding to a call, deputies found what they estimated to be well over $500,000 worth of crystal meth.