Deputies find $500,000 worth of drugs in largest Liberty Co. meth bust ever conducted 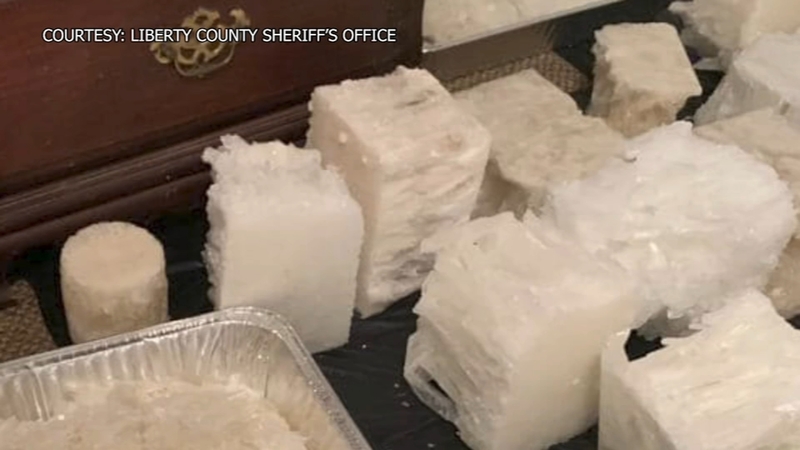 LIBERTY COUNTY, Texas (KTRK) -- Overnight, the Liberty County Sheriff's Office conducted what they say could be the largest meth bust ever in the county.

Swarms of law enforcement and federal agents in hazmat suits were seen outside a home on County Road 2192 off FM-787.

Deputies executed a search warrant at the home Tuesday night after receiving information that there were possibly drugs in the home.

Inside, deputies found what they estimate to be well over $500,000 worth of crystal meth.

Video from the scene shows the copious amount of drugs

While you were sleeping...

🚨 BIGGEST METH BUST in Liberty County history.
*This is what half a million dollars of crystal meth looks like.* DEA, HPD, Liberty County sheriff's office went to this house to serve a search warrant and found....this massive conversion operation. pic.twitter.com/jzgzVFxWyE

Authorities believe the home was being used as a conversion lab to turn raw methamphetamine into refined crystal meth.

Someone from the Liberty County Sheriff's Office, who can't be identified, says they called in HPD hazmat to help because it wasn't safe.

"Due to the nature of it, the type of compound that is was, in the process of being made, we had to call in hazmat to come remove it," he said. "We had to call in HPD's group."

No one was home when the house was raided, deputies said. The home has no visible street address or mailbox.

It is not clear who is behind all of this or who will be charged. Authorities are continuing to investigate.