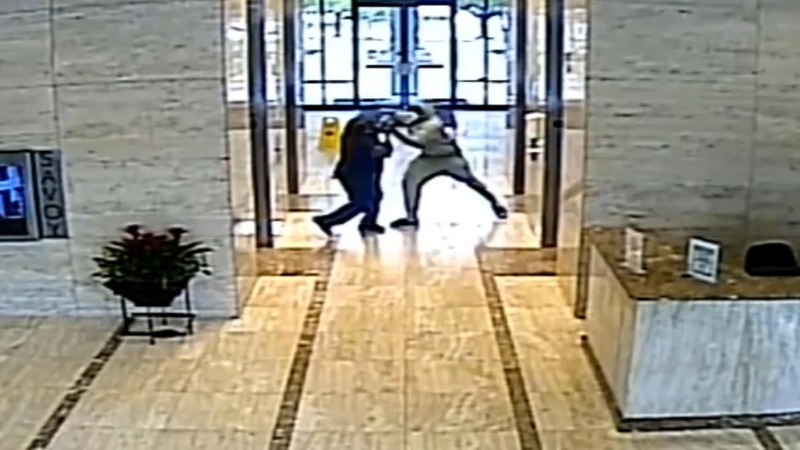 HOUSTON, Texas (KTRK) -- Police are searching for a robbery suspect who attacked a woman while waiting for an elevator in southwest Houston.

The incident from Jan. 19 was all caught on camera. According to police, the woman said she had just parked her vehicle at a parking garage in the 6200 block of Savoy Drive, and walked into an office building.

As the woman waited for the elevator, surveillance video shows the man walking behind her and lingering around until he attacked her and grabbed her purse. The woman said she tried to hold onto her purse and was forced to the ground by the suspect.

With the purse in hand, the suspect fled in a Dodge Charger with a dark tint.

The woman told police she believes she was targeted because before the incident, she had gone to a bank in the 9200 block of Highway 6 and made a large cash withdrawal. She then drove 12 miles to the building on Savoy.

Police also believe that a blue Chevrolet Malibu may have also been following the woman, in addition to the Dodge Charger.

According to police, the suspect was described as a Black man between 20 to 25 years old. He was described as 5 feet 11 inches to 6 feet tall. He weighs about 150 pounds and wore a Nike hoodie and gray pants.