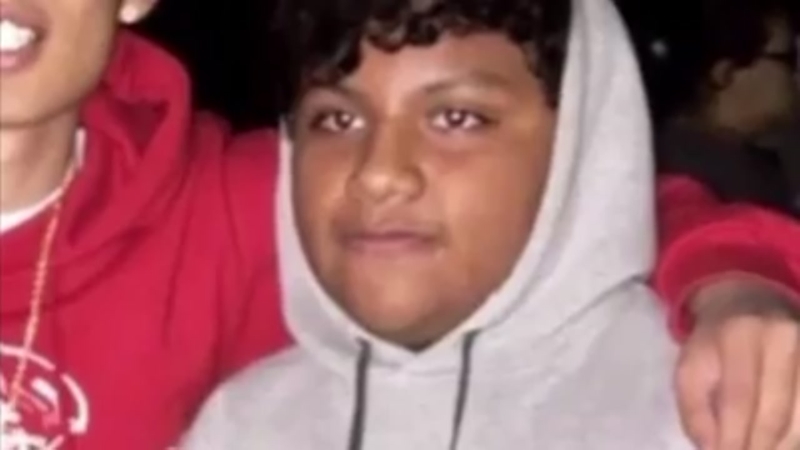 HOUSTON, Texas (KTRK) -- Angel Morales loved to spend time with his family. His cousin says he was doing just that when he was shot and killed at a neighborhood block party on Sunday night.

"He went out the door expecting to have a good time. It went badly, nobody expected a shooting to happen," said Katherine Morales, Angel's cousin.

The shootout happened around 6:37 p.m. in the 4500 block of Yale Street near Crosstimbers Street. Morales' family said he went to the party to watch a band perform.

Dozens of families were at the party. Kids were jumping in an inflatable bounce house and people were enjoying live music.

"He was just innocent. He was a little boy, like every other kid there," Katherine said.

"I cannot handle it anymore. he was just a kid," Olga said.

Investigators returned to the scene Monday. Police say there were at least two shooters and that it may involve gang members.

"Sadly, we saw last night, people, when they have disagreement, especially potential gang members, that they are quite frankly cowards, if you ask me," said Houston Police Department Chief Art Acevedo.

Police told Eyewitness News they have a possible person of interest in custody.

"I feel like it's really disrespectful. They knew that there were a lot of kids there, and he was the only one that came out dead," Katherine said.

"I want justice, justice for my son. I want the people to come forward. He was only 13 years old," Olga said.

A GoFundMe has been started to help pay for the teen's funeral.

Promise Jeffrey was at the party with her two children, ages 4 and 5, to spend time with friends and see a local rapper perform.

"Then, they just started shooting. It was gunshots everywhere. Like 50 of them, 'pop, pop, pop, pop,'" Jeffrey said. "I got so scared because they sounded so close."

Three of the bullets hit Gabriel Henderson's new car, cracking the windshield and driver's side window of her Kia.

"Me and my daughter and my nieces and nephews were behind the building when it happened," Henderson said, pointing to a nearby business.

Gabriel’s brand new Kia was shot up last night at the Yale St block party. One child was killed. Witnesses say he was a young teen. #abc13 https://t.co/lFVZglefJs pic.twitter.com/Vh2RTyrDKL

"The gunshots just kept going. I rolled under my girlfriend's car with my kids and we just sat there," Jeffrey said. "If something would have happened to them, I would have died."

Witnesses told police someone tried getting into the party, but security there said they had to be frisked, and that person refused and left.

Shortly after, someone showed up and fired 15 to 20 shots. Investigators are not sure if it's the same person who left the party, refusing to be searched.

A woman, who didn't want to show her face on-camera, says she held Morales' hand while he took his last breaths.

"I don't know if he was trying to say something, but he just kept spitting. I was just trying to keep him alive until the ambulance got here," she said.

A car carrying the other five people went to Doctor's Hospital. All six of the injured are expected to be OK.

At this point, no one has been charged with anything.