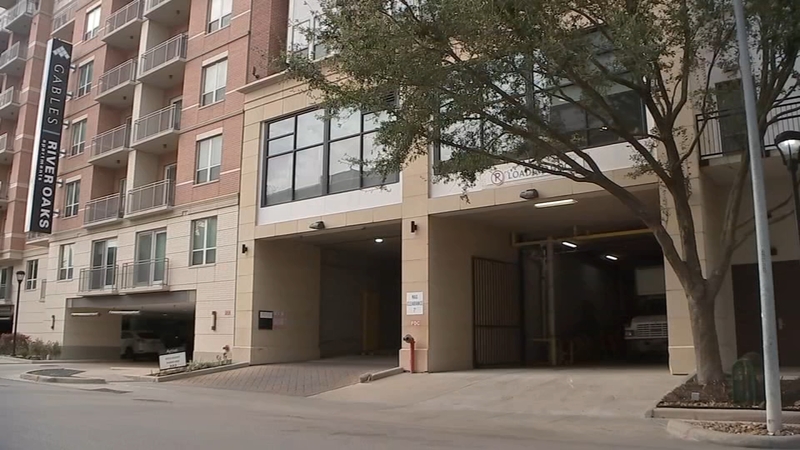 The crimes happened on the evening of Saturday, March 19 at the Arrive apartments at Kirby and Westheimer.

A victim who spoke with ABC13 said her door was kicked in.

"All of the wood here was completely cracked," she said as she showed our camera the broken door frame.

She wasn't home at the time of the break-in, but she says she still feels violated.

"Honestly, I am still very much shaken up," she said. "The other night, I slept with pepper spray in my hand because I was afraid someone was going to come in."

The perpetrator broke in and targeted the victim's high-end fashion, breaking through a lock on her closet door to get to luxury goods.

The value of those lost items she said is about $100,000. She's upset about the heist but more concerned about her safety, as she adds that there is no surveillance video of the crime.

In a message sent to residents, the property manager said this pair of break-ins is a first for their complex and they are now increasing security patrols.

They have also scheduled a safety meeting for residents in April. But for this tenant, it is too late, her sense of security is gone.

"I'm at a point where I'm moving out now. I've only been here for three months and I don't even want to stay," she said.

She is offering a personal reward for information leading to an arrest, call Houston police if you know anything about this high-dollar heist.