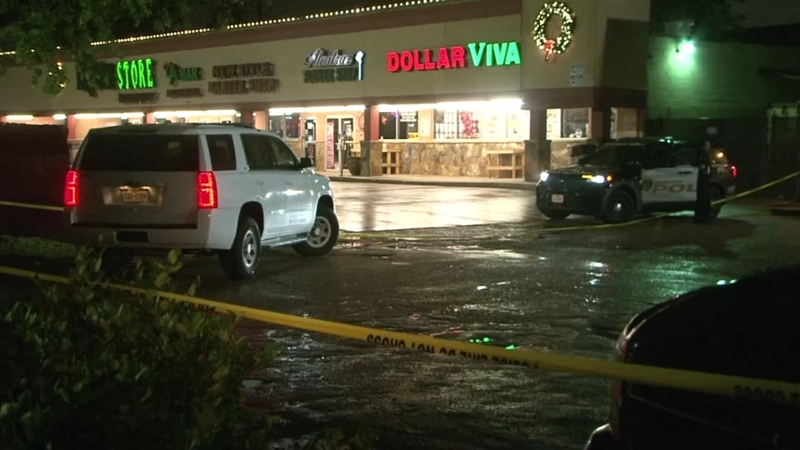 Man stabbed to death during fight outside north Houston restaurant

HOUSTON, Texas (KTRK) -- Police have released photos of a man they said they'd like to speak with in connection with the stabbing death of a 34-year-old man outside a north Houston restaurant.

On Nov. 28, 2021, a fight ensued inside El Pollo De Oro restaurant on 179 Aldine Bender Road and ended in the parking lot, police said.

That's where the victim, Alex Morales Zavala, was stabbed to death, police said. A second victim, a 36-year-old, was taken to a hospital with non-life-threatening injuries, police added.

The suspects involved fled the scene.

Now, four months since the stabbing, Houston police shared the photoof a man detectives would like to speak with.

The man is described as a Hispanic man in his late 30s. He's said to be 5 feet 9 inches tall and weighs about 210 pounds. He was wearing a black jacket, blue jeans and a black ball cap.

WANTED: Homicide detectives are seeking this male to determine his role in the November 2021 fatal stabbing of a man at 179 Aldine Bender Road.