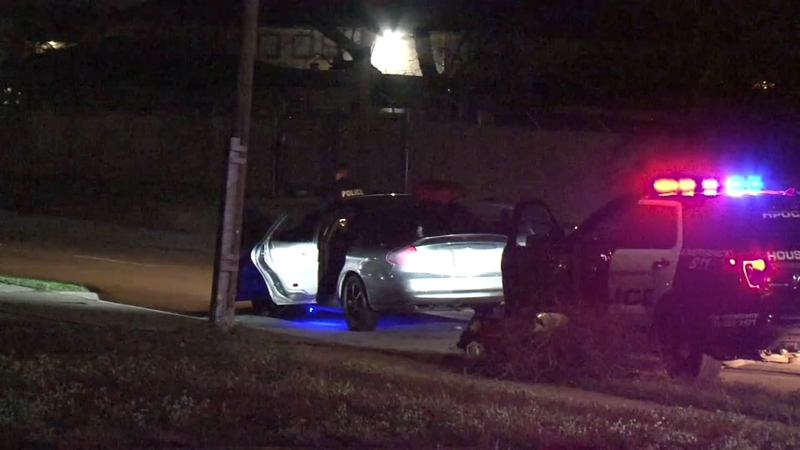 PASADENA, Texas (KTRK) -- Authorities have identified a man they believe held up a pizza delivery driver at gunpoint and led police on a chase, all while a 2-year-old boy was in the back seat.

Authorities say it started around 11 p.m. Tuesday when a Houston police officer responded to a call about a 2-car crash on the East Loop near Turning Basin.

When the officer arrived, a silver Ford at the scene suddenly took off, starting a chase that went down the East Loop to Highway 225 to Shaver in Pasadena.

The driver finally stopped, and a man believed to be 25-year-old Elpidio Cruz Jr. jumped out of the back seat, running off between houses.

Cruz was holding the pizza delivery driver at gunpoint, forcing him to drive away when the officer showed up, police said. Cruz also had a 2-year-old child inside the vehicle.

Cruz is still on the run, according to Houston police.

Police believe he and the 2-year-old may have been involved in some sort of accident on the freeway and pulled over when the pizza delivery driver stopped to help. Authorities think that's when Cruz pulled a gun on him.

The pizza delivery driver and the boy are fine. The boy belongs to Cruz's girlfriend, police said.

Officers searched the girlfriend's home in Pasadena and found a large amount of drugs in plain sight, according to police. Cruz faces aggravated kidnapping, endangering a child, and felon in possession of a weapon charges.