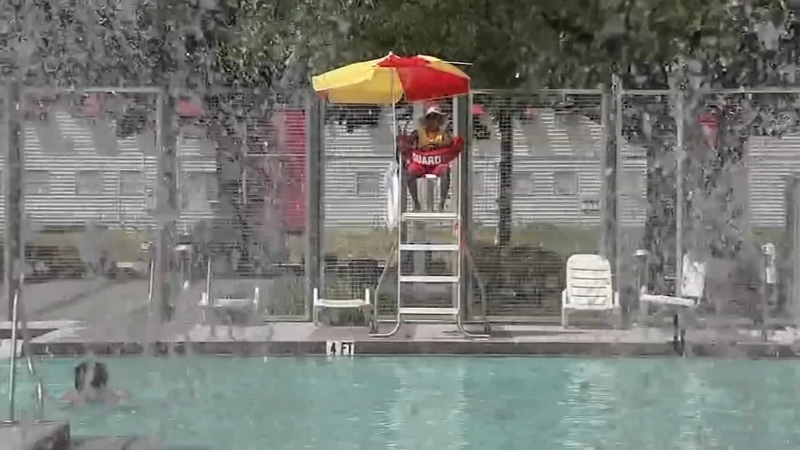 Houston needs 188 pool staff this summer. They currently have 30.

HOUSTON, Texas (KTRK) -- It takes a total of 188 pool supervisors, head lifeguards, and lifeguards for Houston's 37 community swimming pools to stay open during the season. This year, the season begins on May 28.

"We currently have about 30," said Houston Parks and Recreation Director Kenneth Allen.

If those numbers stay the same, the parks department will have to be selective when it comes to opening city pools later in May.

"We may have to phase pools in if we don't have enough staff," Allen said.

Allen said the city would be able to open about 10 pools at this point, with the open ones chosen on last year's attendance and the distance between open facilities.

In an effort to serve more communities, especially underserved ones, the department said they might have to open certain pools on certain days, as opposed to keeping them all open consistently through the week.

"We'll have to figure all that out as we decide what our staffing capacity will ultimately be," Allen explained.

This isn't a new problem for the city, as they were only able to open ten pools last year as a result of being understaffed.

"We used to get a return rate of about 50%," he explained. "But after we closed for two years, and tried to come back, most of that returning staff was gone."

The Houston Parks and Recreation Department is offering a bonus for individuals hoping to work in their aquatics department this summer.

Anyone who is hired will receive $300 in incentives, which would be received in a $150 payment at the start and at the end of the season.

The city will continue recruiting lifeguards past the opening of swim season later in May, and Allen said more employees will result in the opening of more pools.

"We'll continue this recruiting process even past the 28," said Allen. "We're not going to stop that until we're fully staffed."

Individuals looking to become pool supervisors, head lifeguards, or lifeguards can visit the city's website to apply. Those hired will have to take a swimming test, in addition to getting certified in a safety program taught by the Houston Parks and Recreation Department.