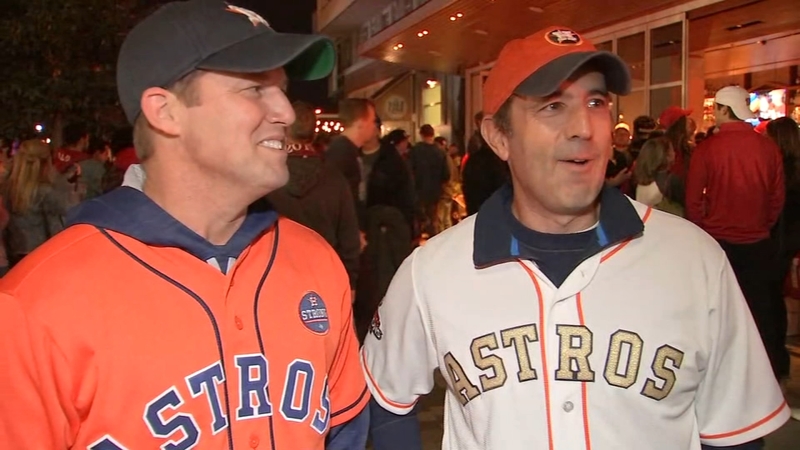 This Astros World Series run is about friendship, family and memories. Some fans are willing to follow them anywhere with their most prized possessions.

Carlos Abello and Rick Bailey have been friends for over 20 years. They share a love for Aggie football and all Houston sports, especially their Astros. The two friends followed the team to the Nation's Capital for Games 3-5 of the World Series.

Both came decked out in their Astros gear, but Rick's Alex Bregman jersey is special. It is an authentic game worn jersey from the 2017 ALCS. When Bailey wears it, the Astros rarely lose.

Bailey said he usually only brings the jersey out for elimination games, but said he figured he'd bring it out a little early this year. It's safe to say it worked, as Bregman hit a grand slam in Game 4 of the World Series.