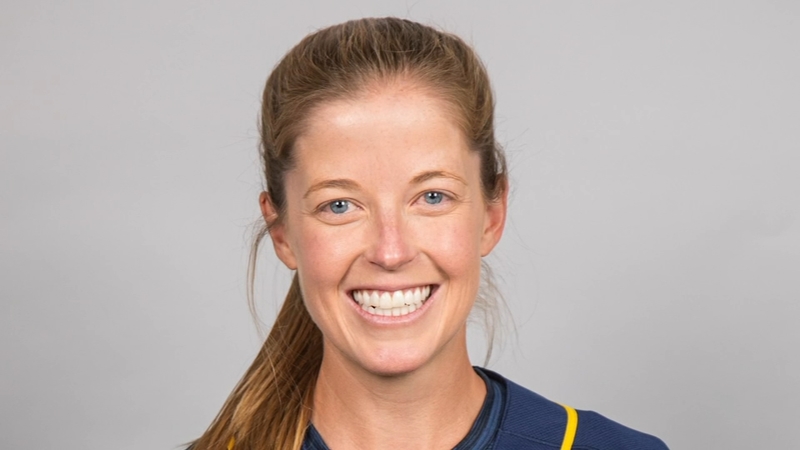 HOUSTON, Texas (KTRK) -- The Houston Astros will have a unique perspective and voice at the table with Sara Goodrum as their new director of player development, the first woman to hold that position. She comes to Houston from the Milwaukee Brewers, where she was the first female minor league hitting coordinator of a Major League Baseball team.

Goodrum played softball as an outfielder for the University of Oregon from 2012 to 2015, where the Ducks made three appearances in the Women's College World Series. She later earned her master's degree in exercise and science from the University of Utah.

She spent three seasons as the integrative sports performance coordinator for the Milwaukee Brewers and then became the Minor League coordinator in 2021. After finishing her first season in that role, she said the Houston Astros requested an interview with her just a few months later.

"I flew out to Houston, basically a day later. Then within 10 to 14 days, I had to make some pretty big decisions in my life," said Goodrum.

As the first woman to be in her position, Sara Goodrum comes to Houston from Milwaukee, where she was the first female minor league hitting coordinator of a major league baseball team.

As director of player development, she joins a short, but growing list of female executives in a male-dominated sport. Miami Marlins general manager, Kim Ng is the first woman with that title in any North American sport. Alyssa Nakken served as a major league coach for the San Francisco Giants last season. Rachel Balkovec will be the new manager of the Class A Tampa Tarpons for the New York Yankees.

During her first public interview in Houston since her hiring in January, she shared what it means to see more women in leadership roles for professional baseball.

"It's kind of crazy because sometimes you get so caught up in the job and the day-to-day. Sometimes, you need to pick your head up and see the bigger picture and what's going on. In general across the sports industry, whether it's baseball, football, or basketball, there's a lot of positive things happening. That, in general, just excites me," she said. "I've just found that when you get in a room with people that think differently and provide different views and perspectives, regardless of gender, race, or any of those matters, you can do some really special things."

In her new role for the Astros, Goodrum will oversee all player development staff and collaborate with coordinators on the core duties of recruiting, hiring, and development. She will also spearhead the formation and execution of coaching philosophies, as well as the player development goal process.